Some good news for Flint in 2016: Crime is down 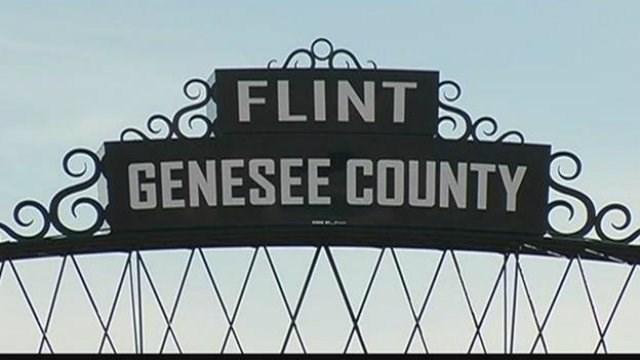 (CNN) -- For many years, Flint, Michigan, has been known for its high rate of crime.

The city has spent many recent years at the top of lists that calculate most violent cities in America. In 2015, homicides had doubled, signaling big problems for the small city. But 2016 numbers show a change for the better.

Crime is down since Flint's water crisis hit the news. Homicides are down 22%, and overall crime is down about 13% from 2015.

The police department's arrest rate for murder is 95%, well above the national average of 62.5%, according to department records.

The drop in crime is somewhat related to Flint's water crisis, in which hundreds of children were poisoned with lead and deadly bacterial illnesses spread.

Mayor Karen Weaver was elected on a promise to investigate why, after the city switched to a new water source, people's water smelled bad and caused rashes -- and why the state was still telling people it was safe to use.

Eventually, the state would acknowledge that the problem was far worse than just a bad smell: There were lead and bacteria in the water.

When Weaver got into office, she cleaned house, replacing several officials, including the police chief. She appointed Timothy Johnson, an area native who worked on the Flint police force for 30 years before retiring in 2009. He had since been running his own private security company.

"I came out of retirement," he said, adding, "this is important."

Johnson started as chief in February and by March had developed an eight-officer team called the C.A.T.T. unit -- for Crime Area Target Team -- which has no set shift or beat.

This team targets high-crime neighborhoods one at a time, saturating them until officers feel that they've reduced the potential for violence and crime.

"These were eight of Flint's finest, and I hand-picked them," Johnson said. "I wish I had eight more. ... We're going to try to push that type of policing through the whole department. We are holding all (officers) more accountable to produce at the highest level they can."

In April, about a month after the C.A.T.T. unit hit the streets, Weaver held a news conference to announce the seizure of $18,000 and more than a dozen illegal guns in just two weeks.

For a couple days in September, CNN watched the unit patrol the north end of Flint during the afternoon.

Officers directed their attention to homes they knew were vacant, arresting people who were inside them and finding and seizing drugs. They stopped men known to engage in criminal activity in the past and found weapons. They seized an illegally parked car and the contraband inside.

"When you go out and arrest someone for gun charges and take two to three guns off them, you stopped a bunch of crimes from happening," Johnson said. "Your crime stats start falling."

Genesee County Prosecutor David Leyton said Johnson's intimate knowledge of Flint and his own style of policing seem to be working.

"I think Tim is really trying to get a handle on the criminal problems, and he's doing it in his own style, which is street cop style," Leyton said. "He's brought his own street smarts. He himself is a street cop. ... We've seen some success, and I think he's doing everything he's doing for the right reasons."

This weekend, two people were killed in a triple shooting, and a house was set on fire, Leyton said.

"Having said all that, I think Chief Johnson is doing a good job," Leyton said.

The city's historic financial problems -- it was $13 million in debt -- mean its police force is operating at the bare minimum. Flint has about 100 officers -- a third of the police staffing it should have, given the size of the city, Leyton said.

When CNN visited in September, there were periods during the afternoon when only two officers were out on patrol.

But this fall, Johnson announced the start of a volunteer police force that will help with staffing during large events in the city.

For many years, Flint was so known for its crime that when the water crisis began to garner national attention, the statistics on violent crime became a staple cited in all news stories. But while the water crisis continues to affect the everyday lives of people in Flint -- and dominate headlines there -- the crime rate has quietly dropped.

Not all good news

Despite the fall in crime numbers, it hasn't been all good news for Johnson, who's had a fair share of controversy. This summer, a council member made it public that Johnson had allowed his state certification to lapse during retirement and hadn't taken the two-day course required to get it back. (He took that course later in the summer.)

In September, criticisms were lobbed that response time to some 911 calls were as long as 40 hours. Johnson said it was a communication problem that was resolved.

And his shakeup has not met with enthusiasm from the entire department. This fall, he was hit with two lawsuits by Flint officers who claim to have been reassigned for inappropriate reasons: one claiming gender discrimination and another alleging retaliation for corroborating the first officer's story.

"You can't please everybody, and that's really what it is," said the mayor's spokeswoman, Kristin Moore. "I think that has a lot to do with it (criticism of Johnson). What he's doing appears to be working, so isn't that what's important?"