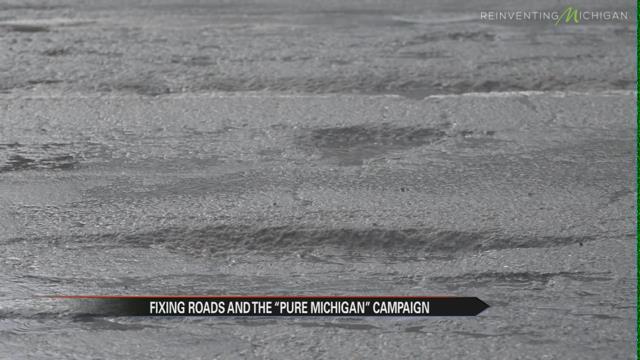 Michigan lawmakers are still trying to figure out how to pay to fix Michigan roads. One of their proposed ideas has the Michigan Economic Development Commission taking a stand.

GOP lawmakers want to dip into some Pure Michigan campaign funding to fix these roads.

Tuesday the newly developed House Committee on Roads and Economic Development held a hearing on two bills they are pushing forward to try and repair state roads.

House Bills 4607 and 4608 would siphon off $135 million from the 21st Century Jobs fund and the Michigan Economic Development Corporation, MEDC.

It would do that by taking some money from funds, like tobacco settlement and casino revenue, that usually benefits the MEDC. That money would be transferred to road funding.

According to WXYZ, MEDC head Steve Arwood thinks this could cripple the Pure Michigan campaign and force them to temporarily suspend its operation.

However, the chair of the House Committee on Roads and Economic Development believes the MEDC should have enough money to survive.
"Michigan strategic fund spent almost a half a billion dollars last year," said Jeff Farrington, chair of the House Roads Committee. "So looking at $135 million of it to send to Michigan roads and infrastructure, to help the economic development of the state, is something I think is appropriate use of funds.”

The house roads committee is expected to keep this discussion going in the coming weeks.