Some residents without heat or answers at South Bend's Housing Authority 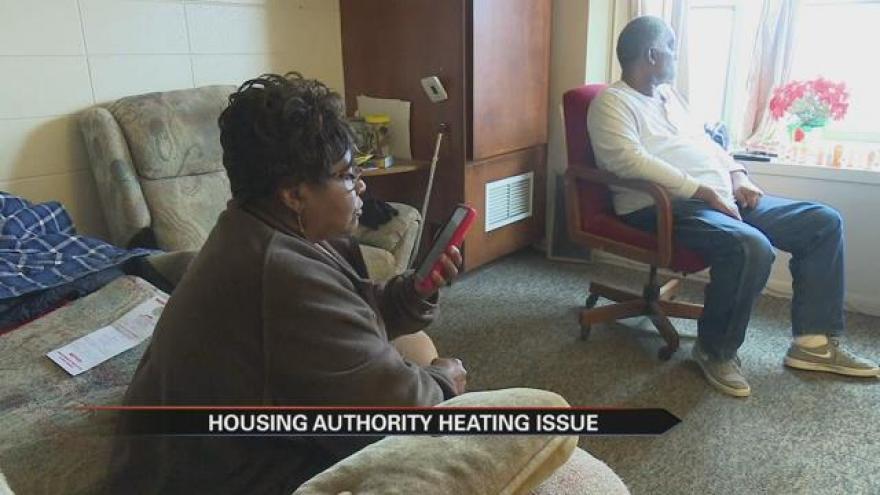 When the temperatures drop outside, many look forward to the warmth of their own homes. But others, don't have that option.

Some residents living in the Housing Authority complex in South Bend, say they've been without heat for over a month.

They say they've been reaching out to administrative staff, and now ABC57 has too.

59-year-old Jeremy Bullard is one of those residents.

"At night, I can see my breath when it comes out of my mouth," says Bullard. "You know, that's how cold it gets in here."

Bullard has multiple health issues, including congestive heart failure. So when his furnace broke on December 1st, he knew it needed to be fixed soon.

"I talked to [maintenance], probably on the 3rd or 4th of December. And no results at all, as you can see," explains Bullard.

But it's not for lack of trying.  He and his wife Victoria say that they've been constantly calling the Housing Authority of South Bend, Code Enforcement, and even the Mayor's Office.

They're wondering how long it will take for his apartment to get warm.

"It's just unbelievable for anyone to live in these conditions," says Victoria Bullard. "Especially if you're sick. It's not good even if you aren't sick, and my husband has several illnesses."I

Illnesses that have only gotten worse with Bullard living in a cold room.

Records he showed ABC57 say that he's been in the hospital three times since the furnace broke.

"They say that's why you have the upper respiratory infection, because you're breathing in the cold," says Bullard.

It was cold in the room, even just during the interview.

"I feel chilly. It's chilly and cold in here," adds Bullard. "The temperature has gone up some, but it is still chilly in here."

She was wearing multiple layers to keep warm.

Bullard sometimes ventures outside to warm up.

He's not the only one suffering, but he refuses to stay silent.

"There's other people here, but they don't want to talk about it," Bullard says. "I'm worried about my place. Because it's cold, and winter time isn't over yet."

ABC57 witnessed the Bullards making a phone call to the housing authority. They say it's their seventh one.

Victoria left a message, hoping someone would listen.

"I feel like a lot of people are being neglected, including my husband," she says.

But for now, the icy waiting game continues.

"I feel like I don't have anywhere to stay because of the heat," says Bullard. "I just feel like I'm homeless."

ABC57 reached out to all of the members of the administrative board of the Housing Authority, and only received one response saying that they will forward the message on to the proper people.