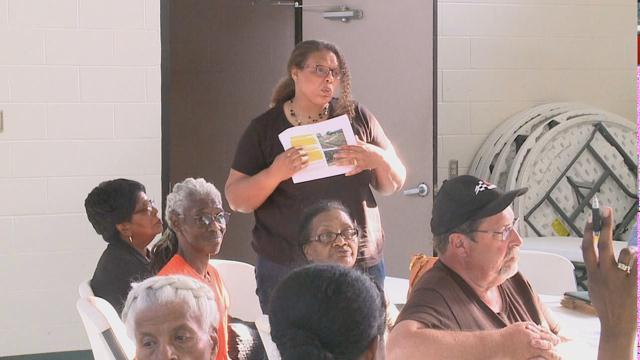 On Thursday night, an open house about the construction project to fix up Western Avenue in South Bend turned into a heated debate. Some community members say they're worried the construction will change the area and increase property taxes.

“We are affected by what happens on Western Avenue,” Connie Green, of South Bend, said at the open house.

Green and others like her worry that plans to beautify the road will lead to a complete change in the area, and an increase in property taxes.

Regina Williams-Preston, who was born and raised in South Bend, wants to make sure the city has plans to prevent displacement of lifelong residents.

“What we need to do is make sure it doesn't become that,” Williams-Preston said.

Scott Ford, Executive Director of Community Investment in South Bend, insists the plan is to help the existing residents, not to drive them away.

“This plan is for them. It's for the neighborhood,” Ford said.

Ford and some concerned citizens worked to set up meetings before construction begins this summer to go over concerns.

“I think what's next is sitting down with those folks, rolling up our sleeves and going through it,” Ford said.

Williams-Preston is more than ready to attend those meetings.

She worked with Ford to set them up, and already has her questions ready.

“How are we going to make staying in the neighborhood affordable for the people who already live here?” Williams-Preston said.
Share this article: