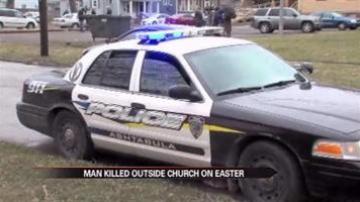 ASHTABULA, Ohio — A father is dead after police say he was shot by his son on Easter Day in Ohio.

Police say the son walked up to his father and shot him in the head.

The shooting happened just after Easter service ended and church members were on their way out.

"It's not something that you expect on a religious holiday and it's sad," said Ashtabula Police Chief Robert Stell. "It's very unfortunate and of course our hearts go out to the famiies and everybody that had to be here today to experience this. It's a terrible thing."

Police say the two had an argument before the shooting.

The son is in jail.