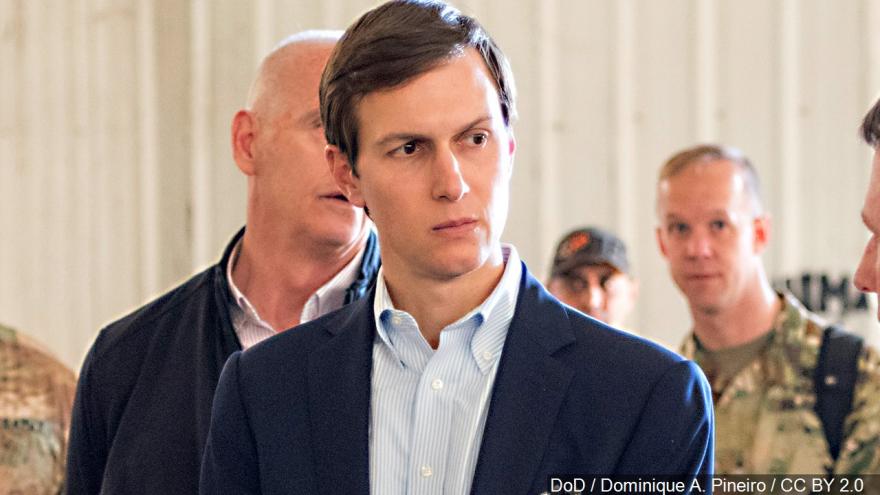 (CNN) -- Jared Kushner is the "very senior member" of President Donald Trump's transition team who directed incoming national security adviser Michael Flynn to contact the Russian ambassador to the United States and other countries about a UN Security Council vote on Israeli settlements, sources familiar with the matter tell CNN.

The filings from Flynn's plea hearing Friday say a "very senior member" of Trump's transition team asked Flynn to contact officials from UN Security Council countries, including Russia, to learn where each country stood on the vote on a resolution condemning Israeli settlement activity and "to influence those governments to delay the vote or defeat the resolution."

An attorney for Kushner did not respond to a request for comment.

The court documents provide the clearest picture yet of coordination between Flynn and other Trump advisers in contacting Russian officials to influence international policy, and raise questions about who higher up the chain of command in Trump's orbit -- possibly even including the President himself -- is in Special Counsel Robert Mueller's sights after he agreed to a plea deal with the retired general.

The revelations also undermine Trump's often repeated contention that the Russia investigation is little more than a witch hunt being perpetrated by his political enemies.

A person familiar with the transition's effort on the UN vote said it was well-known and a collaborative effort by various transition officials, including Reince Priebus, Steve Bannon, Flynn and Kushner, adding that none of them "ordered" or "directed" the others and all were working towards the same goal of standing by Israel.

In court, prosecutors detailed calls Flynn had made in late December 2016 to the senior Trump transition team at Mar-a-Lago to discuss conversations with then-Russian Ambassador to the United States Sergey Kislyak.

The document also says Flynn falsely said he did not ask Kislyak to delay the vote on the UN Security Council resolution.

Flynn faces a maximum sentence of five years in prison, according to federal sentencing guidelines, though the judge Friday morning stressed he could impose a harsher or lighter sentence.

Flynn's plea agreement stipulates that he will cooperate with federal, state or local investigators in any way that Special Counsel Robert Mueller's office might need, according to a document filed in court Friday. He could also be required to participate in covert law enforcement operations, such as wearing a wire, if asked or to share details of his past dealings with the Trump transition team and administration.

Kushner met earlier this month with Mueller's team as part of the investigation into Russia's meddling in the 2016 US election, according to two people familiar with the meeting.

"Mr. Kushner has voluntarily cooperated with all relevant inquiries and will continue to do so," Abbe Lowell, Kushner's lawyer, told CNN on Wednesday.

The conversation lasted less than 90 minutes, one person familiar with the meeting said, adding that Mueller's team asked Kushner to clear up some questions he was asked by lawmakers and details that emerged through media reports. One source said the nature of the conversation was principally to make sure Kushner doesn't have information that exonerates Flynn.