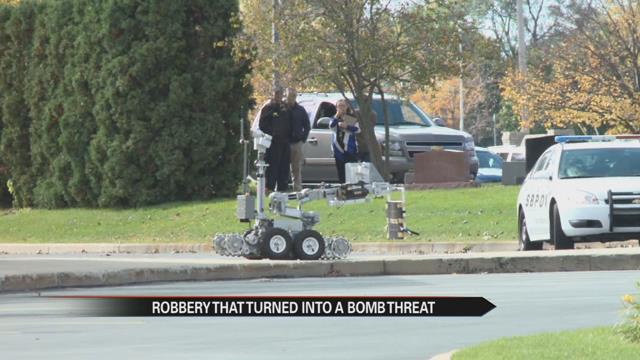 A man wearing women’s clothes walked into a South Bend 1st Source Bank on Portage Avenue and allegedly robbed it.

No one was hurt in the robbery.

Just after 10:30 a.m. a man walked into the bank and demanded money.

Before he walked out, he left a package behind which he said contained an explosive device.

Exactly what was inside wasn’t revealed.

“Even though we’ve been out here for this long we’re still early in the investigation getting started on it,” said Captain Bontrager. “We’ve had detectives checking a lot of the area for any possible leads and again we’re just going to continue work on that as well.”

That suspect is a man between 45 and 50. He was wearing a black jacket, blue hat, a scarf and a blue skirt or a dress.