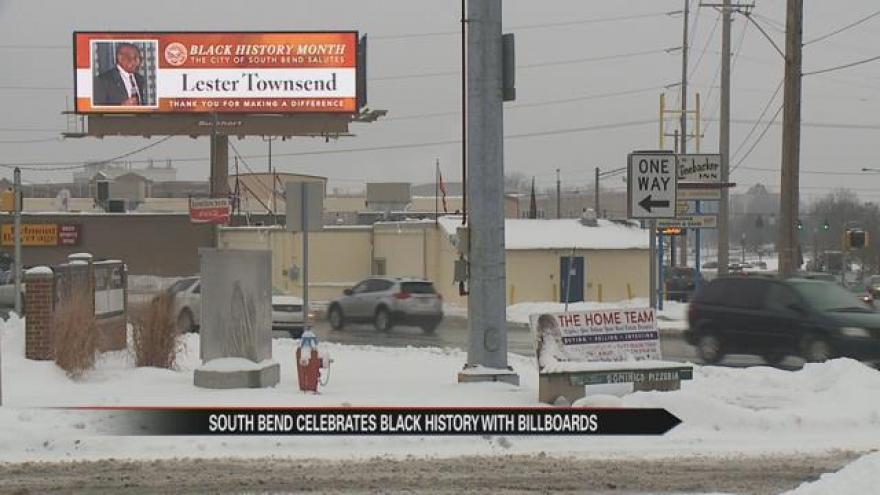 To celebrate Black History Month in South Bend, during the entire month of February, billboards are going up around town that will honor current black city leaders.

In the bigger picture, it’s also a chance to be a role model in the Michiana community.

“It’s hard to put it in to words, but anytime someone recognizes and appreciates you for the work that you’ve done, says Lynn Coleman,  a current community leader and a former South Bend Police Officer.

Coleman says it’s an honor, but more importantly a beginning.

He hopes there is a deeper meaning  and a continuing purpose for the billboards this month.

“Two things, maybe you can help someone else, and secondly encourage someone,” says Coleman.

“Be encouraging to someone else to say maybe one day, I too can achieve or do those same goals,” says Coleman.

In all there are 20 African Americans leaders, including Coleman are being honored.  And not to mention 107-year-old Lester Townsend , who turns 108 next month.

"He’s just the epitome of a man, not just a black man, but a human being. And for me to be honored in the same class at the same time during the same period as him – that’s in itself an honor – so I’m grateful,” says Coleman.

Mayor Pete Buttigieg will conclude Black History Month with a reception for this year’s billboard honorees on Monday, February 29 at the Charles Martin Youth Center.