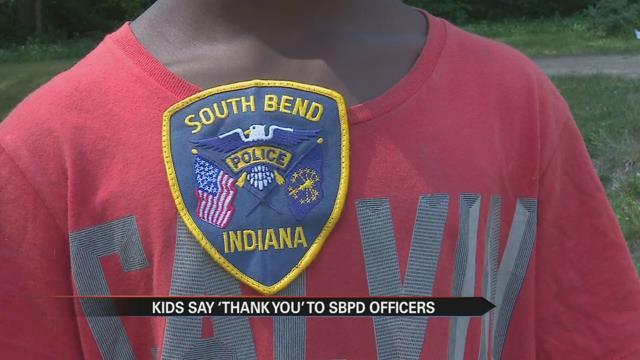 When he approached the children, they were thanking him saying ‘go cops’.

“We came up with the idea because we thought of all things the police officers have done,” ten-year-old Torrey Wilson said.

Torrey, his brother Dorion Wilson and their cousins were behind it.

“We went to Wal-Mart and got the stuff because the police were saving people,” twelve-year-old Dorion said.

Dorion says one day, he wants to save people too.

“I want to be a police officer and FBI and play basketball,” Dorion said.

He can also add social media star to that list.

Photos of the kids and the signs have had almost three thousand shares on Facebook.

“It makes us feel really good about ourselves too to have that kind of response especially with what’s going on around the nation and today’s climate,” Officer Dertz said.

So he gave his little supporters badges and invited them to come back to visit.