South Bend church to build houses for people in need 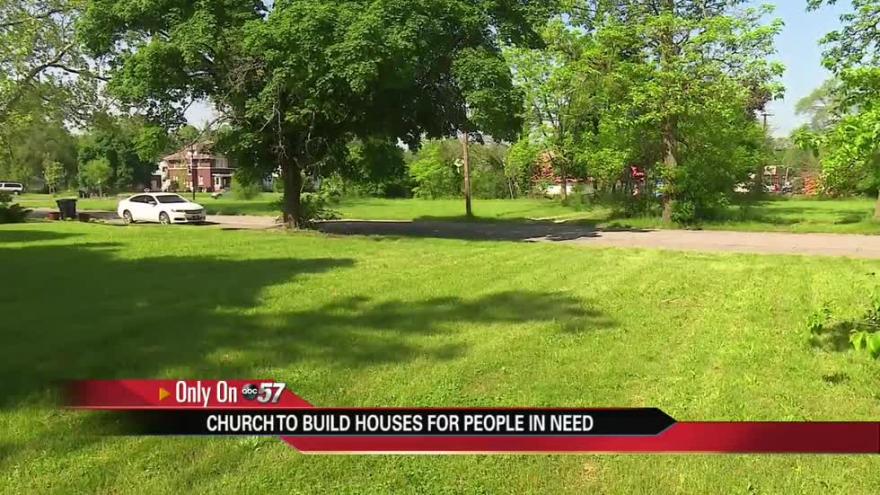 SOUTH BEND, Ind. – A church in South Bend is building affordable housing for the city’s northwest side.

At Kingdom Life Christian Cathedral, there’s a reason for everything.

There’s a reason why the church owns an empty lot on Sherman Ave. and 20 other properties like it throughout South Bend.

“We felt that it was important for us to come out of our four walls and impact our neighborhood,” said pastor Michael Patton.

Building four walls for the elderly, veterans, and families in need is the reason why Michael and Tina Patton purchased those properties.

“We want people to have homes that they can own, live in, stay in,” said Tina Patton.

“This area has had its challenges,” said Michael Patton. “We have poverty. We’ve had issues of violence, and so I think housing will help to minimize some of the challenges.”

The two hope to revitalize the northwest side by building affordable single family homes.

Kingdom Life started acquiring properties in 2009. The properties were either purchased or donated.

“We want to make sure that if you have a desire for owning the home, you have no barriers that will keep you from doing that,” said Tina Patton.

Future homeowners must take pre and post home ownership classes with the church. People must also be able to qualify to purchase a $85,000 to $150,000 home.

People who want to apply for the housing can call Kingdom Life at (574)360-6630 or go to www.kingdomlifeccc.org.

CORRECTION: An earlier version of this story said the houses were free. Potential buyers would have to pay for the appraised value of the home.