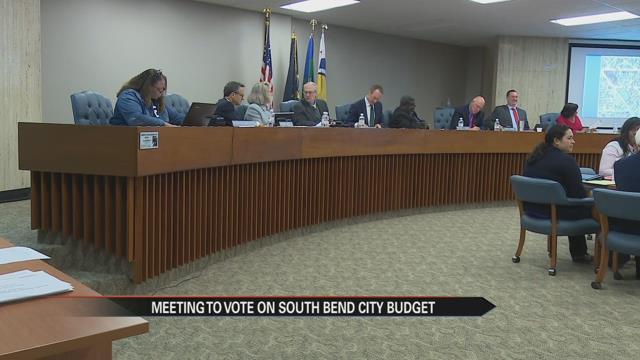 Salary raises might’ve raised concerns but that didn’t stop a decision from being made on South Bend’s 2017 budget.

Some taxpayers called for the common council to put a halt to the vote Monday night, because of proposed pay hikes for city workers.

But after a five-hour-long meeting, the council voted 6-3 to approve those raises.

Councilman Oliver Davis had been vocal for weeks, imploring his fellow council members to take another look at some of the raises asking for 20 percent of more increases.

Councilman David Varner sided with Davis and proposed an amendment that would cap raises at about five percent.

“I just think in the environment of providing two, three and four percent increases to the rest of the staff, it’s difficult to justify 20, 25 or 30 percent increases for particular members of staff,” said Varner.

Many residents whom spoke during the meeting expressed concern for those larger increases compared to the proposed raises for the city’s law enforcement.

By comparison, police would see a two percent increase as would most city employees.

Some higher up executive positions like the city clerk and parks department director would see 20 percent increases.

Fowler amended her raise since her first hearing before the council.