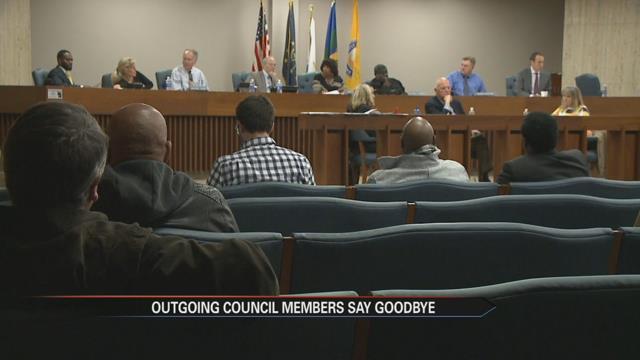 Monday was the final common council meeting of the year and for quite a few members of the board it’s also the end of the road.

It was a somewhat of tense last meeting as there was quite a bit of unfinished business among the council members.

But all four exiting members expressed gratitude for the opportunity to serve their communities.

The bill was subsequently defeated as multiple council members raised concerns over the broad language of the proposal.

But a calmer moment came near the end of the meeting when the council read four resolutions thanking Davis, District One Councilwoman Valerie Schey, District Four Councilman Fred Ferlic and At-Large Councilman Derek Dieter for their time on the council.

Clerk John Vorde will assume an at-large council seat as Kareemah Fowler will succeed him as the new clerk.