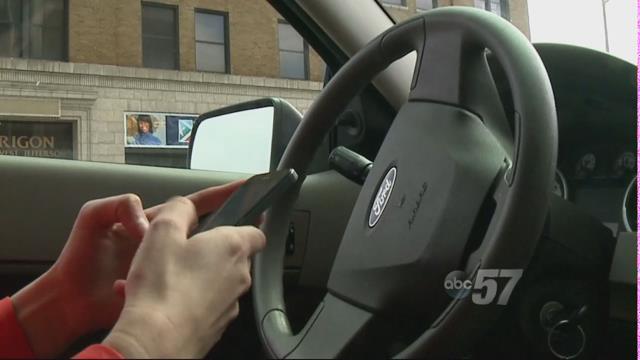 The South Bend Common Council is considering a proposal that would ban the use of cell phones and other hand-held electronic devices while driving within city limits.

The current ban in place limits drivers from picking up their phones while they're driving in school zones. That's been the case for 6 years.

According to the proposal,  state-wide bans on hand held devices are on the law books in more than a dozen states.

The Common Council is set to meet Tuesday night, where council members will take up the proposal for a third reading.  If it's voted on tonight and passes, the new ban would take effect July 1, 2015.

The fines that would kick in for first time offenders would be $75. The second violation would cost $125. Every violation after that would cost drivers $250. The fine would also be $250 if a driver gets into an accident in a school crossing zone.

And hands-free devices like headsets, Bluetooth or portable car phone holders that attach to your dashboard would still be allowed.