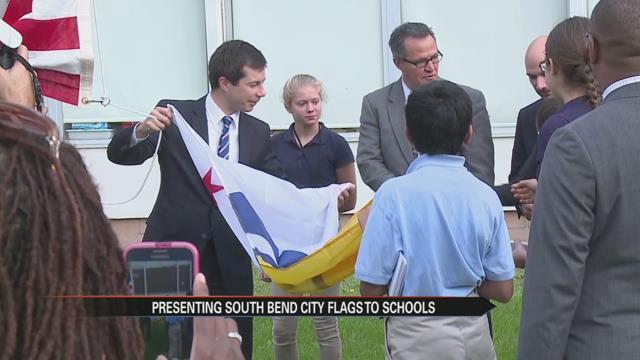 Mayor Pete Buttigieg, along with teachers, the credit union president, and CEO Paul Marsh, presented the flags to principals from local schools.

After a short assembly, participants joined representatives from Flags International to raise the flag outside of LaSalle Intermediate Academy.

Mayor Buttigieg also had a message for students:

I want the kids to understand that they have an ownership stake in the future of our community.  I hope that every time they see that flag it kind of the way it feels the way you see the American flag, they understand they're a part of something, they're part of something bigger than themselves and that we're really counting on them to succeed and that we're counting on them to thrive and we're investing in them to make sure that happens.