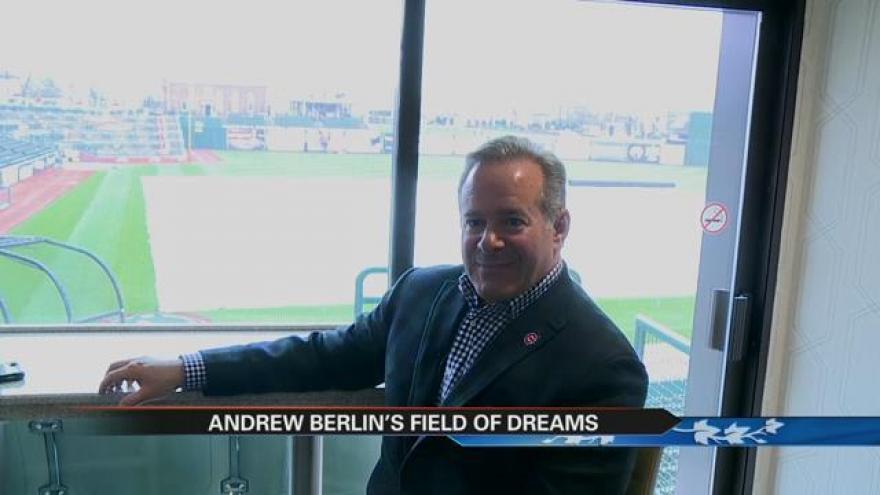 The South Bend Cubs had a record-breaking first season and a large part of the success of the organization is due to its owner, Andrew Berlin. Berlin is committed to both the team and to the South Bend community.

"I love business. I love creating a desire for someone to do business with me and the people that work with me," said Berlin.

Spend only a minute with Berlin, and it's easy to see why the organization won the prestigious 42nd annual John H. Johnson President's Award.

It's known as the minor league's most complete franchise.

"The fact that we can bring an amazing experience here for a very fair price, the value proposition of what someone gets when they buy a ticket to the game is spectacular," Berlin said.

It stems from a promise Berlin made to the city and the people of South Bend.

"We have a 20 year lease with the City of South Bend - and the deal I made with the mayor at that time is that we would do anything in our power to help South Bend. Help South Bend gentrify, bring people to live downtown. Moreover to help the residents and to encourage developers and to be encouraged to develop themselves," Berlin said.

The plans are just starting to bring in restaurants, condos and more to downtown South Bend.

For Berlin - that success starts at the ballpark.

"There is a correlation. I don't know if I can quantify it for you - but you can feel it. I think in order to have successful business you focus on behaviors first. If you get people behaving that way - the numbers will come. Success comes for certain," Berlin said.

Once that culture is built, Berlin is optimistic that the fans will come. That could mean improvements to Four Winds Field.

"People sitting on the grassy knoll - or the Tiki hut or the Performance Center. A lot of places to go even if you're not buying a seat in the bowl itself. Get closer to 450,000 rather than the 347,000 we did last year, now that conversation about the mezzanine level gets very serious," Berlin said.

Berlin's field of dreams is set for another season.