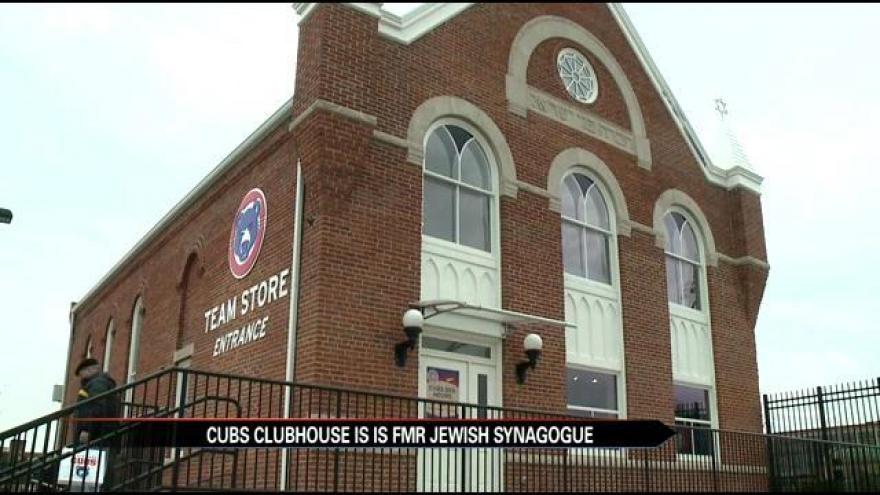 The South Bend Cubs are using a renovated synagogue for their team store.

Brandy Beehler, the Merchandise Retail Manager for the South Bend Cubs told ABC 57 News, "the Cubs Den used to be a Jewish synagogue. It was originally built in 1901 but three years ago we decided to put about $1 million into the renovation of the building."

It cost the team $1 million to restore the building.

Catherine Hostetler, the Director at the Historic Preservation Commission, said "there's a rather unique story about the whole Jewish community here in South Bend. These people came here from central Europe in Poland and Russia with nothing but basically the clothes on their back."

The Jewish congregation started in the 1850's with the Hebrew Society for Brotherly Love but eventually became the Son of Israel synagogue in 1901.

And the synagogue they built is unique to our city with roots in the windy city.

"It's the only synagogue that's ever been built in the style of the Chicago school of Architecture meaning a plain base with the upper levels going straight up and then with the very decorative cornices and towers or turrets at the top of the stars of David and that would be the capital but also the fact on the window replacements was very typical of the Chicago school."

All still visible today in what is now as the Cubs Den.

Beehler told us, "you'll see there is an original chandelier original altar was also refurbish there's two chandeliers the larger one the original was about $40,000 to refurbish."

The South Bend Cubs may have taken over the building, but they've kept a rich history alive.