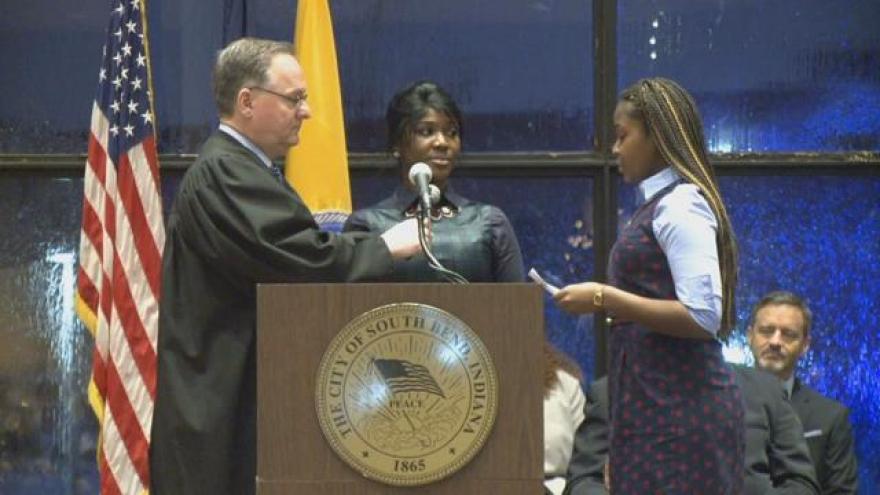 The City of South Bend's newly elected officials including the mayor, clerk and common council members were sworn in Monday at the Century Center.

Those being sworn in included:

We asked some of the officials about their vision for the future.

"Well district 2 is really looking at a great revitalization over the next four years and I'm excited to help guide that process and again make sure that our district, the people who actually live in the district, have an opportunity to not just participate in revitalization but benefit from it," said Williams-Preston.

"My vision is to focus on city government that serves our community, it is not politics, it's not business as usual, its service. I love the city of South Bend and I love to serve," said Fowler.

Mayor Buttigieg said he wants to keep the momentum going with the city's redevelopment plan. And he plans to spend the next four years focused on growing the local economy.