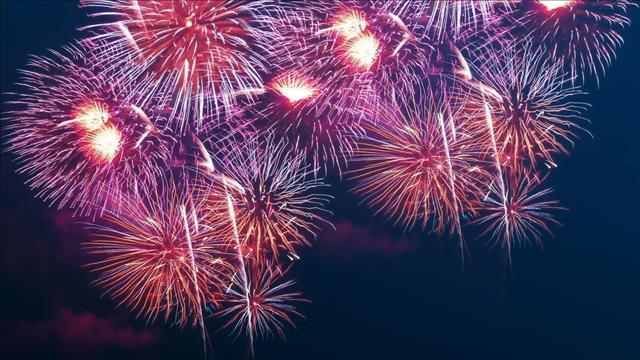 “Inevitably every year we seem to have a catastrophic event where someone looses part of a hand or an eye or something like that,” said Sgt. Kelly Waite, South Bend Police Department.

Rock ran across the street where neighbors called police.

They say an ambulance took him to the hospital where four of his fingers on his right hand had to be amputated.

County and city police want to remind those setting off fireworks to be extra cautious.

“A lot of it comes down to common sense. If your friend is telling you I wouldn’t do that, then you probably shouldn’t do that. Again, alcohol use a lot of times contributes to poor decisions when it comes to firework use,” said Sgt. Kelly Waite.

Consumer fireworks may be used within the corporate limits of the City of South Bend. The term "consumer firework" means: a small firework that is designed primarily to produce visible effects by combustion, and that is required to comply with the construction, chemical composition, and labeling regulations promulgated by the United States Consumer Product Safety Commission under 16 CFR 1507. Consumer fireworks Include aerial devices, which include sky rockets, missile type rockets, helicopter or aerial spinners, roman candles, mines, and shells. Also included are ground audible devices such as firecrackers, salutes, and chasers.

No person may use, ignite, or discharge consumer fireworks on any public street or in any public park within the corporate limits of the City of South Bend at any time.

Any person found in violation of this ordinance shall be subject to the following penalties: One hundred dollars ($100.00) for a first offense, two hundred fifty dollars ($250.00) for a second and five hundred dollars ($500.00) for a third offense and every subsequent. A citation for a violation shall be issued to the responsible party. A responsible party is defined as the person shown to have exclusive possession of the property. For complete details of the city's fireworks ordinance click here.