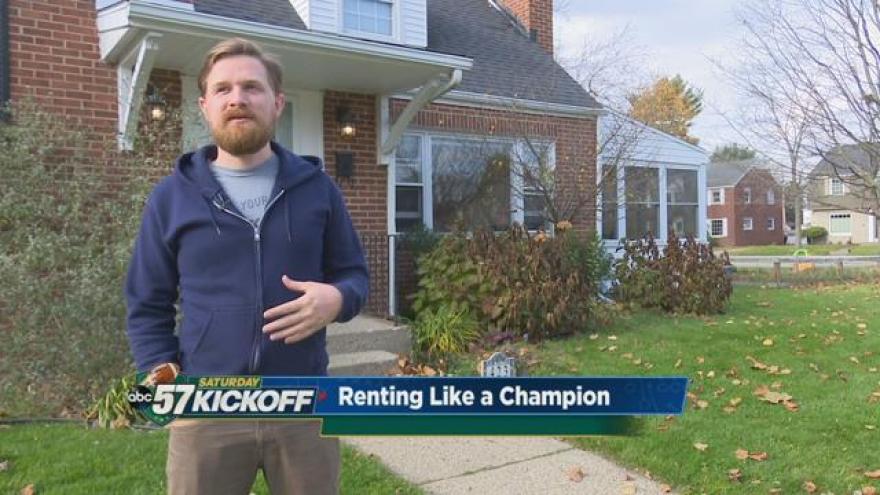 South Bend is gaining recognition as the third most lucrative college town for renting out homes on football weekends.

According to a study done by NerdWallet, which used data from the U.S. Census Bureau’s 2015 American Community Survey and the vacation rental website HomeAway.com, a home in South Bend can be rented out for $1,239 on a football weekend.

Peter Metzger of South Bend is taking advantage of the demand and welcomes some new into his home every football weekend.

“We ask if they have any beverage request so we can stock some beer in the fridge for them,” says Metzger.

Metzger says he is an accommodating host and being two miles from the stadium has made renting his house easy and lucrative.

“It’s been a good supplement and it’s filled out the rest of our income,” says Metzger.

This is Metzger’s first year renting out his house so he has listed it at a conservative price making about $750 a night.

On average visitors on a home game weekend will spend $1,239 a night for a house in South Bend and that is just on lodging.

“Notre dame football is huge obviously, and we have worked with Notre dame on an economic impact of a football weekend it’s about 18.5 million dollars,” says Rob DeCleene, the Executive Director of Visit South Bend Mishawaka.

Visitors make up a majority of that spending at $14.7.

“Tourism is bigger than ever in the area it’s a 550 million dollar annually spent by 4.5 million visitors to our area,” says DeCleene.

Hearing that tourism is on the rise Metzger says renting out his home will become his football weekend tradition.

“Will you do this again next year?” asks ABC57.
“Definitely, yea it’s been a good experience and I guess unless something crazy happens we expect to do it again,” says Metzger.