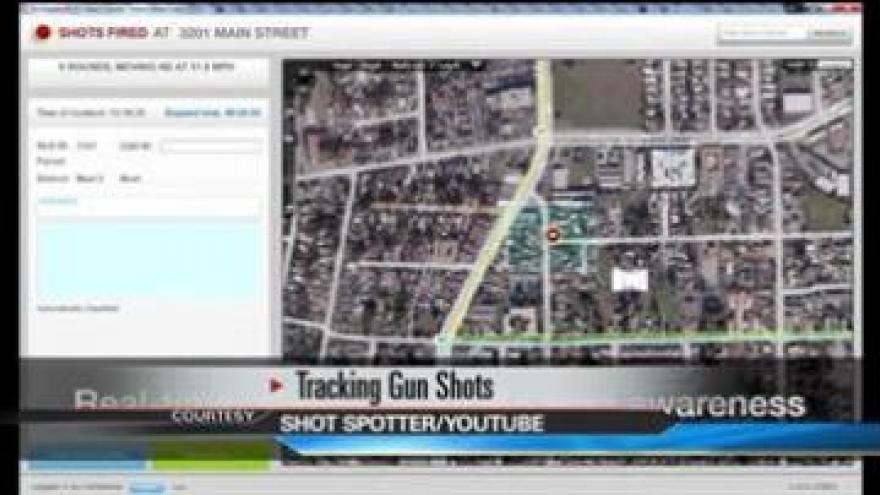 SOUTH BEND, Ind. -- The city of South Bend will soon have a new tool to help investigate acts of gun violence. The city will install microphones in a section of the city to pick up the sound of gunshots. Once the sound is picked up and pinpointed, police are alerted to the location.

On August 27th the Board of Public Works approved a two year contract with Shotspotter, a gunshot locating program.

Using high tech microphones it pinpoints the location of gunshots.

"Once shot spotter has determined that what was sensed by the acoustic sensors was indeed a gunshot and we have a longitude and latitude then that information is sent to us," said Captain Phil Trent of the South Bend Police Department.

The system isn't in place yet, but it could have helped Monday because Deborah Sallee heard gunshots near her home on Lawndale near Lincoln Way West.

A neighbor saw a man with a gun running away.

"In a week probably at least five times, usually in the evening," said Sallee.

But 911 calls can't always get police to the right place.

"We find that when shots are being fired, especially multiple gunshots, we'll get numerous phone calls and when we get those phone calls we will get an educated guess based on the resident or the passerby that's calling sometimes those can be grossly inaccurate," said Trent.

Sallee says she was off in her estimation on at least one occasion.

"I thought it was only like two blocks away so yea it's hard to tell," said Sallee.

In a city more than 42 square miles in size, funding may prevent police from wiring the whole town.

Still, people like to hear the police are doing something.

"I think it's an awesome idea, I think anything is worth a try to at least get some of this crime and stuff down," said Sallee.

Members of the South Bend Common Council were not happy because they have received questions from their constituents about this program, but they were not aware of it.

The mayor didn't need the common council's approval of the program because he went to the Board of Public Works to pay for the program.