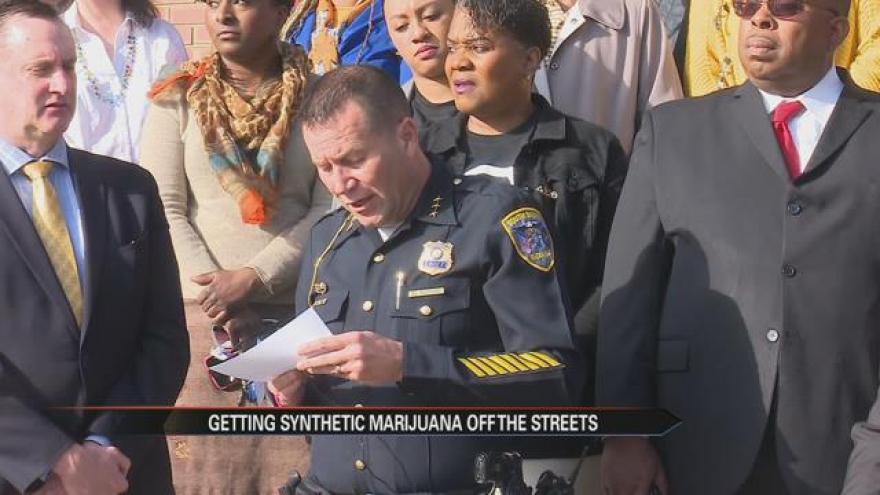 They spoke outside Laymen’s Chapel, where three kids overdosed on the drug after a service last month.

Community members, including Mayor Pete Buttigieg had to step in to save the kids.

Director of community outreach for the mayor, Cherri Peate was there when the original incident happened, and joined the coalition of speakers Friday.

“We want to make sure that as a community we rally around and we bring awareness because people need to know the harmful effects,” Peate said.

“Members of the community, the mayor and I, we were able to kick into action to make sure that that life was saved,” Peate said.

Luckily for those three kids, people were there to save them, but South Bend Chief of Police Scott Ruszkowski says the next users of synthetic weed might not be so lucky.

“There are tons of dangerous effects. You’re looking at something from kidney damage to kidney failure. Death has occurred,” Ruszkowski said.

Synthetic marijuana is made up of a bunch of chemicals, and police say it’s available all over the place.

Common council members announced Friday they’re hoping to tighten ordinances around those shops, to stop the dangerous drugs from getting out.

“We have the most prime opportunity to do something. We ought to be doing something,” Ruszkowski said.

Peate says this will take a community effort, for the sake of the kids.

“This is not something that’s just on the west side, but this is happening in every part of our community,” Peate said.