South Bend living up to the name "21st Century City" 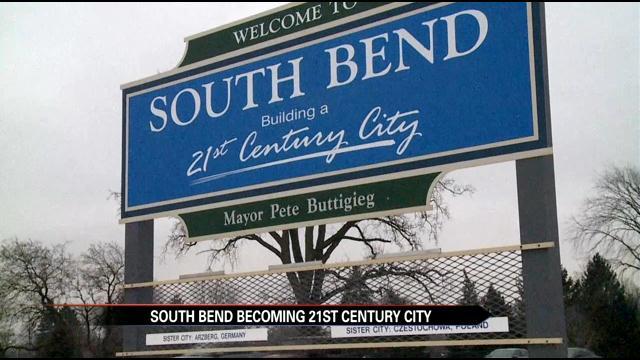 SOUTH BEND, Ind. --  A big part of President Obama's State of the Union Address talked about how our nation needs to become a better 21st century country.

Mayor Pete Buttigieg and Dave Matthews with Matthews LLC believe South Bend is already ahead of the game because of past projects like 1,000 houses in 1,000 days and a new project called Metronet Zing.

Metronet Zing is a broadband network that will be hard wired into homes across the city.

"South Bend has been recognized as being ahead of other cities when it comes to digital innovation, and we've been recognized nationally, most recently by Harvard Business Review, as a city that exemplifies 'civil servants doing highly effective work.' The article highlights innovation among city employees through projects such as the '1,000 Houses in 1,000 Days' initiative, and our simplified tax-abatement petition process that's improved government efficiency and spurred economic growth. As South Bend continues to pursue high-tech innovations, like Metronet Zing, the broadband network that winds its way through the city, we're working toward the pioneering vision that President Obama laid down for the nation's future."

Matthews is on board with keeping the momentum going.

“South Bend is so close, with so much potential but now we're finally starting to see people take the steps to get us there,” says Matthews.