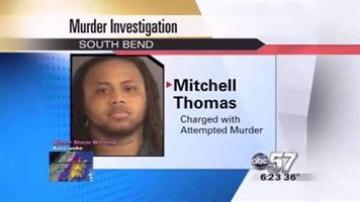 SOUTH BEND, Ind. -- A South Bend man has been charged in a deadly gunfight!

Police say he was shot at least 10 times.

Officers say he is not the one who killed Perkins, but he fired several shots during the fight.