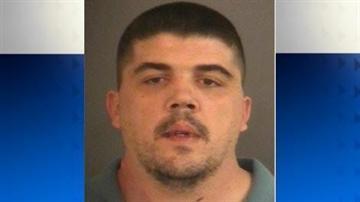 The investigation began when a Galion, Ohio woman approached the Galion, Ohio Police Department to report that her minor daughter had met someone she believed to be a 17-year-old boy in an online chat room. The boy asked her to send nude pictures of herself, which she did via her cell phone. This person subsequently texted her on his cell phone asking for additional photos, threatening to publish on the internet what she had already sent him if she did not comply. Through the use of subpoenas, the Ohio investigation was able to identify Jason Strell as the owner of the cell phone. After receiving this information, Ohio law enforcement contacted the St. Joseph County Police Department for assistance. A search warrant was obtained by law enforcement that was executed on Strell’s person and residence for the cell phone. Subsequently, law enforcement officers found numerous images that constituted child pornography on the computer involving minor females. The investigation also revealed a number of other potential minor and adult victims of Strell using the same modus operandi described above.

Strell was remanded into custody after a preliminary hearing last week.

These charges were filed as the result of an investigation by the Federal Bureau of Investigation, the St. Joseph County Police Department Cyber Crimes Unit, and the Galion, Ohio Police Department. This case has been assigned to and will be prosecuted by Assistant United States Attorney John Maciejczyk.

This case was brought as part of Project Safe Childhood, a nationwide initiative to combat the growing epidemic of child sexual exploitation and abuse launched in May 2006 by the Department of Justice. Led by United States Attorneys' Offices and the Criminal Division's Child Exploitation and Obscenity Section (CEOS), Project Safe Childhood marshals federal, state and local resources to better locate, apprehend and prosecute individuals who exploit children via the Internet, as well as to identify and rescue victims. For more information about Project Safe Childhood, please visit www.projectsafechildhood.gov.

The specific sentence in each case to be imposed upon conviction will be determined by the judge after a consideration of federal sentencing statutes and the Federal Sentencing Guidelines.

The United States Attorney's Office emphasized that an Indictment is merely an allegation and that all persons charged are presumed innocent until and unless proven guilty in court.

(Source: This was a press release, courtesy of the U.S. Attorney's Office South Bend)