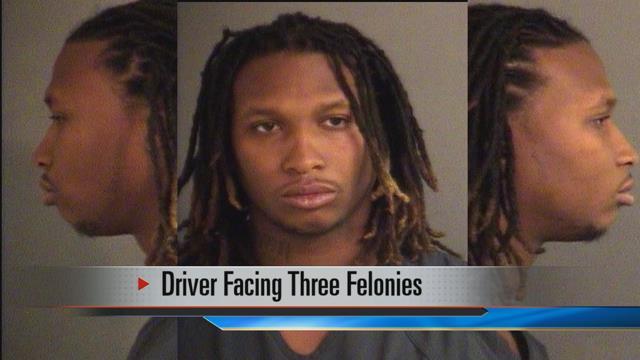 27-year-old Irwin Scott is the man that police say is responsible for crashing an SUV that had two young twins inside on Wednesday, October 12.  Monday, inside the St. Joseph County Courthouse, he appeared via video conference for his arraignment.

Scott is facing three felony charges. If he is convicted of all of them, he could be detained at the St. Joseph County jail for over 34 years.

The first two counts are level three felonies, due to Scott's failure to remain at the scene of an accident, and leaving without providing any reasonable assistance to each person injured.

The third charge is a level six felony.  Scott is accused of operating a vehicle while intoxicated, and causing serious bodily injury.

Officials on scene smelled marijuana on Scott's breath, and according to court paperwork, he admitted to taking hydrocodone earlier that day.

But this isn't Scott's first time getting arrested, it's his sixth.

His criminal history began in 2011. when he was arrested for domestic battery.  In the following years, preceding last week's events, he would be arrested four more times for possession of legend drugs, never obtaining a driver's license, and resisting law enforcement.