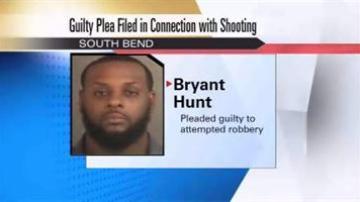 The murder charges against Hunt were dropped as part of the deal.

Police say his gun did not fire the shot tht killed Perkins. Two more people are charged in connection with the murder. Hunt is set to be sentenced next month.