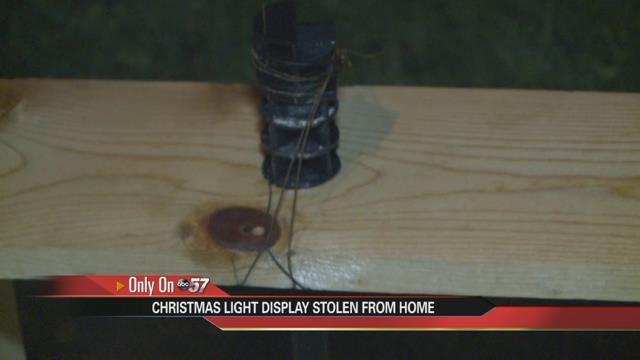 The Star Shower, a tiny home light projector is sold out in most Michiana stores.

Christopher Borkowski, of South Bend, had to order his online.

“I could not find them anywhere in stores,” Borkowski said.

He never imagined someone would take his.

Borkowski says he had it in front of his house for three days, but found it was stolen on Tuesday.

Borkowski says he has decided not to call police.

But the person who took Borkowski’s light, couldn’t take his Christmas spirit. He says he just hopes the thief is someone who will put it to good use.

“Maybe they need it if it’s all they have. I don’t know. I just honestly hope it is not trashed in an alley somewhere and broken just for the sake of grabbing it and running,” Borkowski said.