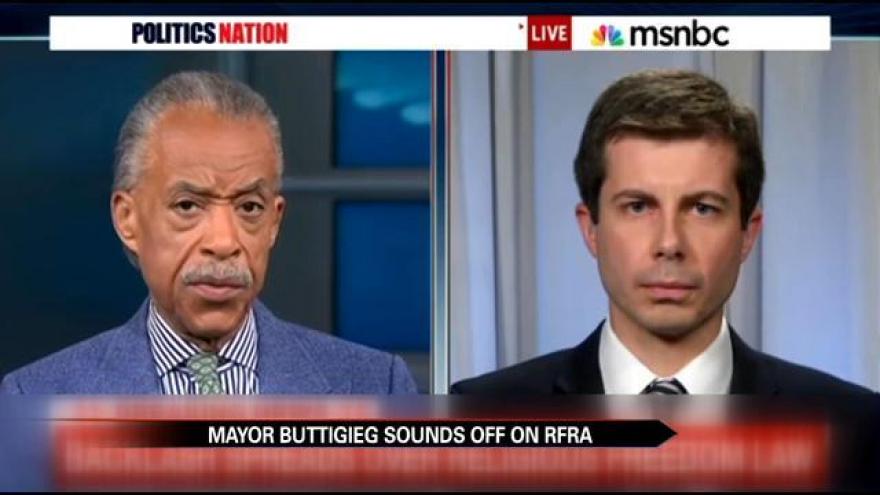 By now you've likely heard the controversy surrounding Indiana's religious freedom law. Opponents say it could make discrimination legal in the state. But backers say discrimination is not part of the bill and it protects religious liberty.

Now South Bend's mayor has taken to the national media to add his voice to the discussion.

Mayor Pete Buttigieg has made his stance pretty clear. He's joining a growing number of state lawmakers and business leaders calling for the Religious Freedom Restoration Act to be struck down.

The democratic mayor voiced his concerns on the MSNBC show Politics Nation on Monday.

That law is the human rights ordinance he signed into place 2 years ago. The mayor says that law protects city residents, including members of the LGBT community, from discrimination. But he believes the religious freedom act would directly counter act that.

"The interests of our state and our communities are not being well served when you refuse to budge on very divisive social issue like this," said Buttigieg. "All it would take to fix the damage would be to reverse the law"

Indiana Governor Mike Pence, who signed this into law, has been vocal on the other side of the issue. He maintains that this is about protecting the religious rights of Hoosiers, saying "Hoosiers don't discriminate."

Pence has penned an op-ed in the Wall Street Journal that you can read here.