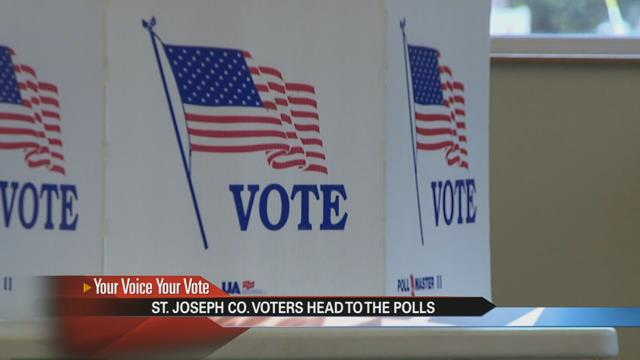 May 3rd is Primary Election Day in the Hoosier state and is expected to bring out a lot of voters because of how important Indiana has become in the race to the White House.

Election polls opened up at 6 a.m. on Tuesday and will remain open until 6 p.m.

South Bend Mayor Pete Buttigieg cast his vote shortly after the polls opened and has a busy rest of the day ahead.

“We’re going to be out talking to voters, thankfully I’m not on the ballot right now so I’m just campaigning for people I support and making sure everybody participates,” said Buttigieg.

Within the past week there have been stops in Michiana by Hillary Clinton, Bernie Sanders, Ted Cruz, and Donald Trump. With the races being so close, it has caused the Indiana Primary to become very important.

“I can’t remember any time in modern history that Indiana’s choice was going to matter so much in two different parties so it’s an exciting time and it’s absolutely time to get out there and vote for anybody who cares about our country,” Buttigieg added.