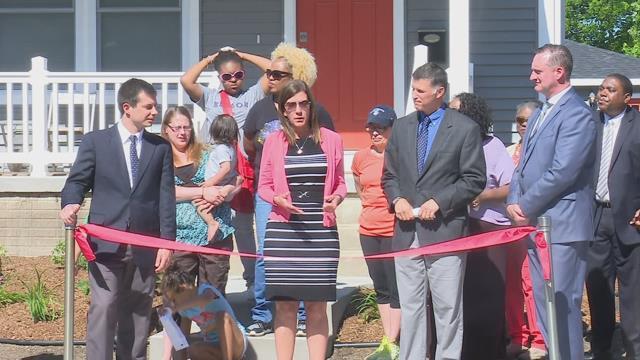 Two houses are still empty, but there is a waiting list of 70 potential residents.

Courtney Johnson, a mother of four, moved into one of the homes about a month ago.

“We lived in an apartment in Mishawaka for about eight years. It was small,” Johnson said.

Now, she and her young ones have plenty of space, stairs, and two bathrooms.

There is still work to be done, which project manager, Rosie Leyva will oversee.

“The project is also going to have a community garden where the residents will be in charge of that, and we are also building a small park for the residents,” Leyva said.

“All eyes are on the West Side. It’s a model,” Leyva said.

Most recently, a grant allowed four homes to have solar panels installed on the roofs.

Johnson says her new home is a blessing.

“It’s exciting to walk in and you see your family and your home,” Johnson said.