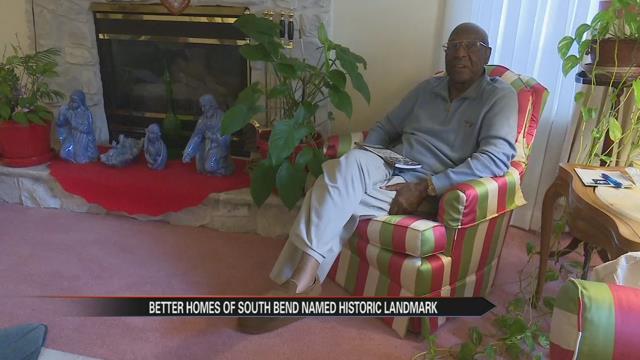 The state of Indiana recently approved two historical site markers in St. Joseph County.  One of the sites is a neighborhood located on the 700 and 800 blocks of North Elmer Street in South Bend.

The neighborhood dates back to the 1950s, and was created and built by the Better Homes of South Bend.  The organization "was comprised of 22 black families who fought to create nice housing in South Bend, amidst racial discrimination.

Leroy Cobb Sr. is the last surviving original member of the group.  The historical marker will be put up in 2017, at the site of his old home, which was torn down a few years ago.   He says, this is long overdue.

63 years later, Cobb looks back with pride. "It's really a tremendous achievement," he says. "We had unity in our group."

Cobb says that he hopes that the historical marker will help promote interest in the neighborhood and the organization's efforts. He says he's very proud that the neighborhood is still thriving and doing well.