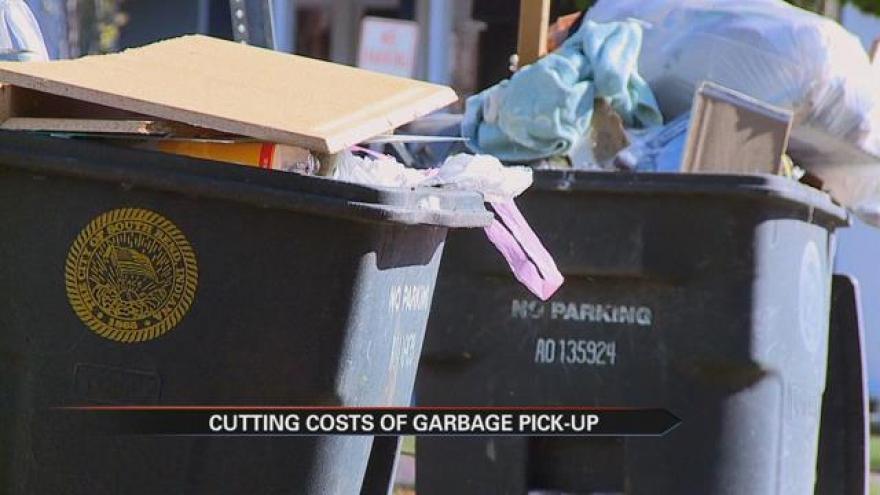 In 2016 the streets of South Bend could be seeing and smelling a lot more trash.

To cover solid waste services the Common Council needs to approve a fee increase for tax payers. However, the council hasn’t been able to agree on the increase, so instead, they’ve been looking at other ways to cut costs.

If the increase is approved it would cost tax payers an additional $12 a year. The increase would keep garbage pick-up services the same, once a week.

If it’s not approved the council is considering changing garbage pick-up to twice a month.

The Ybanez-Thompson family of South Bend says this could make a huge difference in their lives.

“We are a family of eight. We have five girls and a boy,” said Michelle Thompson, South Bend resident.

The Ybanez-Thompson family says that a big family makes a lot of trash.

“We usually have between three to four cans out a week,” said Thompson.

When the family heard about the possibility that their trash may only be picked up twice a month, they worried that animals might get into their trash.

“No I’m not liking that budget idea. I don’t think that I want my trash sitting an extra week,” said Thompson.

“The worst thing that we want to do is have a reduction in service,” said Scott.

However, some council members are hesitant to increase solid waste fees.

“Nine elected officials and they all have different opinions on what needs to be done,” said Scott.

The board is considering different options if they can’t agree on increasing the fees.

Along with cutting down on trash pick-up, they are considering putting advertisements on the garbage lids.

But Scott says he’s hoping the council won’t have to cut down on service at all.

“It’s a service that I don’t think anyone would want to do without. Bottom line is, costs do go up and you’ve got to make sure you can fund that,” said Scott.

The decision will most likely be voted on by the council in November and the plan will be implemented in 2016.