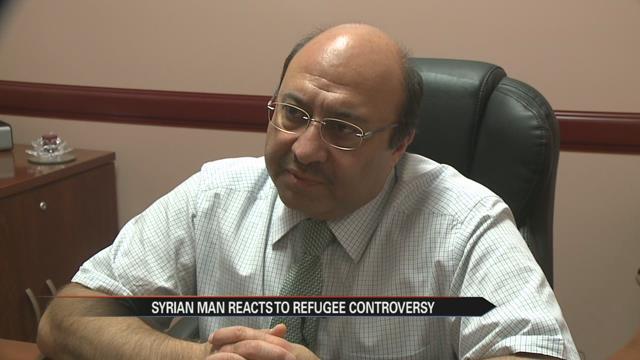 The terror attacks in Paris have led to 31 U.S. governors calling for no more Syrian refugees entering their states – including Indiana and Michigan.

Kadi moved from Damascus, Syria to America in 1987 to attend graduate school.

He now owns a pharmacy in South Bend but his siblings, mother and extended family still live in Syria.

“The Syrian people have been suffering from ISIS for the last two, three years,” Kadi said. “When you see people fleeing Syria, most of those people have lost already everything.”

Indiana and Michigan’s governors said the call for the placement program to be suspended is not because they are unwilling to accept refugees.

“Most people are not terrorists and we need to be thoughtful about helping people around the world,” Gov. Snyder said. “This is just to be prudent to make sure that some terrorist element is not entering our country.”

Gov. Pence defended his state’s record of taking in refugees.

“Let’s be clear, we have a long and proud history of opening our hearts, opening our homes, to refugees here in the state of Indiana,” Gov. Pence said.

But across America, refugee advocates said this will only make things worse for refugees who are already struggling.

“To close the door on resettling Syrian refugees would be nothing less than signing a death warrant for tens of thousands of families fleeing for their very lives,” Linda Hartke, President of the  Lutheran Immigration and Refugee Service President, said in a phone conference for media.

Kadi said America should have a more detailed screening process for refugees.

But he added that everyone should remember that the thousands of Syrian people fleeing their country are doing so because things have turned ugly.