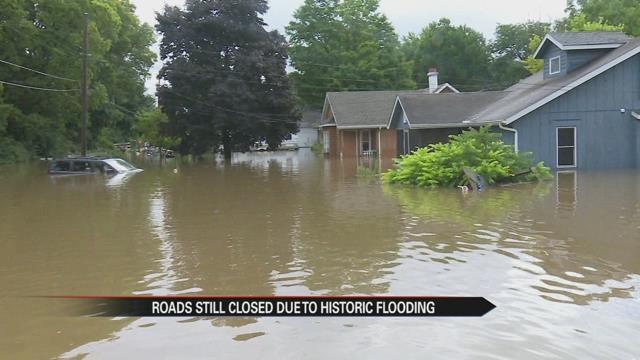 South Bend Police Captain Steven Noonan says he has never seen so much rain in such a short period of time like he saw on Monday and Tuesday, in his 30 year career in South Bend.

According to Captain Noonan, if it weren’t for the resources of the South Bend Fire Department, particularly the boats, he believes there would have been several injuries and possibly even causalities, as a result of the historical flooding that hit South Bend.

He also said the response by emergency personnel and city sewer and street employees prevented a dangerous night from turning into a tragic one.

“Credit to the officers, they waited in that water, got the people out, were drenched and continued to work all night, as a matter of fact we had to hold the midnight shift over this morning, because of the public safety emergency, they were in wet uniforms the entire night so I think it was just a credit to all of them, what they did and all the effort they put forth,” said Captain Noonan.