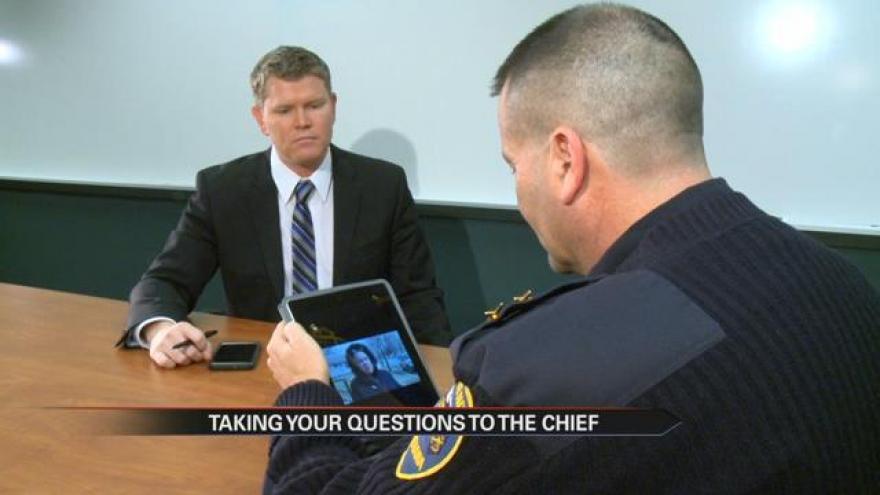 South Bend Police Chief Scott Ruszkowski has been the head of the agency for just four months, but he's been with the department many years. Because he worked the streets, he knows what it takes to solve violent crime make residents feel safe.

Before speaking with Ruszkowski, ABC57's Brian Dorman hit the streets to find out what residents are concerned about.

On Sorin Street, Dorman met with Carol Springer and Ira Gamble, who have lived in South Bend their whole lives.

They were walking in the area of Sorin, near the spot where Specialist Jodie Henderson's body was found.

"Every time we turn around there's a killing right down the street," said Springer.

Henderson served with the Indiana National Guard. He was beaten to death on January 16th. It was South Bend's first homicide of the year.

"There are robberies, it's just not the same. What are we going to do about that?" said Springer.

In the 50-plus years Springer has lived in the city, she has seen gang violence first-hand.

She believes it's time we all work on a solution.

"Maybe if we work with our churches, with our families with our parents and police officers maybe we can come to some conclusion," said Springer.

Gamble agrees. He works at a church and dedicates his free time to youth outreach.

He says learning right from wrong starts at home and parents need to be held accountable.

Ruszkowski, South Bend's 62nd police chief, has been on the job for 4 months.'

"One thing I always told myself, remember where you came from and that was from the streets the people that I dealt with out there all the time and we can't forget them," said Ruszkowski.

Dorman told Ruszkowski people like Springer and Gamble have questions about violence and his vision to make the city safer.

Watch the video above to see what questions were asked and Ruszkowski's answers.

He added he wants his officers to be more visible and for them to get to know residents on a first name basis.