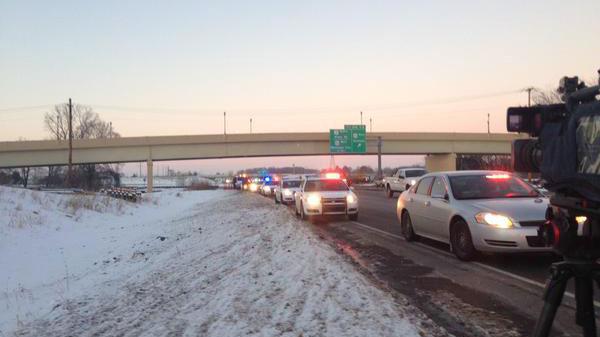 South Bend Police are responding to a body being found under the Jackson Road overpass on US 31 South.

The man who found the body said he had pulled his vehicle over to the side of the road when he saw someone in the snow.

As he got closer, he realized the person was dead, and it appeared the body had been there for a while.

Police are working to identify the body and determine the cause of death.