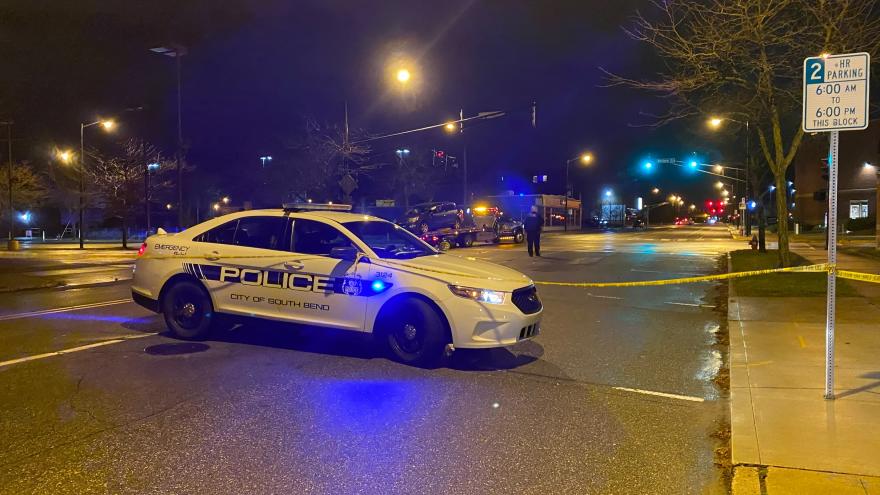 SOUTH BEND, Ind. -- The South Bend police are investigating a two-vehicle crash. It happened around 5:15 a.m. Saturday morning at the intersection of Western and Lafayette Blvd.

Ashley O'Chap, the PIO with the South Bend Police Department said two cars were exchanging gunfire while driving north at the intersection of Western and Lafayette Blvd in South Bend around 5:15 a.m. Saturday morning.

One of those cars exchanging the gunfire T-boned another car that was not involved in the gunfire. The driver was taken to the hospital with non-life-threatening injuries.

When officers arrived on the scene, Sgt. David Johnson said other cars were hit by the gunfire, one car was found in a pole and another was abandoned in the middle of the intersection.

A witness said they saw four to five people running from the scene after the crash.

According to Sgt. Johnson, dispatch received calls around the time of the crash saying people were headed northeast towards the river from the scene

South Bend Police are still looking for those individuals involved. if you have any information you are asked to call SBPD.