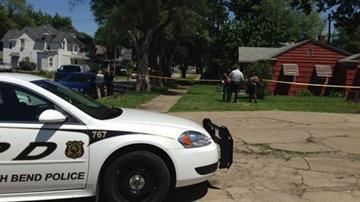 A South Bend Police officer says the stabbing was the result of an argument between the female victim and another woman.

The suspect is in custody and the victim is at Memorial Hospital.

Police were unable to find the knife at first, but it was later recovered.

A nearby resident said she called 9-1-1. She said it appeared as though the victim had been stabbed several times.