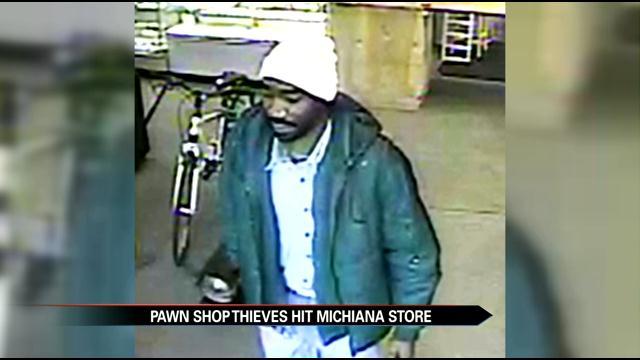 The South Bend Police Department is asking for the public's help in identifying a man they say stole $7,000 worth of jewelry.  Police say the suspect walked into the Granger's Pawn Shop in South Bend and stole jewelry.

They suggest smaller stores, like pawn shops, be more aware during this season.

"We just make sure we talk to our customers, we're there, a lot of them are regulars so they'll let us know if there's something suspicious," says Brendan Jurganson, the manager at McKinley Pawn.

If you know anything about this crime, you are asked to contact South Bend Police Department.