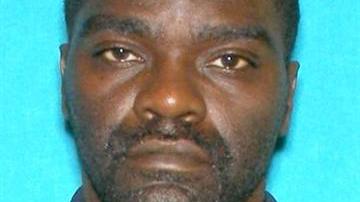 The South Bend Police Department is searching for a wanted armed robbery suspect.

Police say 50-year-old Dennis Knight is a suspect in the July 20, 2011 robbery of the Family Dollar store on Western Avenue, along with several other commercial robberies.

Police describe Knight as 6-foot-3 tall and 220 lbs. He has black hair and brown eyes.

Knight's whereabouts are unknown, however, police say he could be living in an abandoned home with a white woman. His last known residence was in the 1400 block of King Street in South Bend.

Police say he is considered armed and dangerous. If you see him, call South Bend Police immediately. They warn that you should not try to approach him, as he may be carrying a gun!