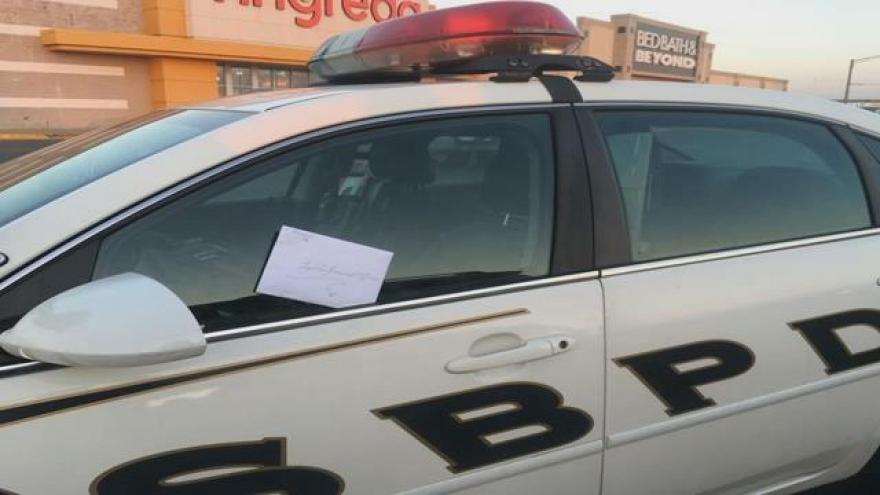 With continued tensions between communities and their police forces, one South Bend resident wanted to say thank you.

It was a regular Wednesday night out for Officer Chuck Rothy and his wife, until he came back to his car to find something on his window.

“I couldn’t really tell what it was but then I went ahead and walked towards it and saw that it was an envelope,” said Rothy.

He opened it to find two St. Michael Prayer cards, a ten-dollar Starbucks gift card, two tickets to see Mary Poppins at St. Patrick’s Park and a letter thanking police for the job they do and protecting her family.

Captain Robert Hammer says it’s because of their department’s relationship with South Bend.

“We’ve worked really hard to partner with our community so we see these random acts of kindness they’re very much appreciated,” said Captain Hammer.

The note was anonymously signed from “Mom O 6” and even though he doesn’t know who she is, he wants her to know how grateful he feels.

“I appreciate the support and knowing someone is out there thinking of us and praying for us,” said Officer Rothy.

Officer Rothy hasn’t tried to track down the woman behind the name “Mom O 6” because he respects that she wants to remain anonymous.