South Bend Police unsure if situation was a kidnapping or misinterpretation 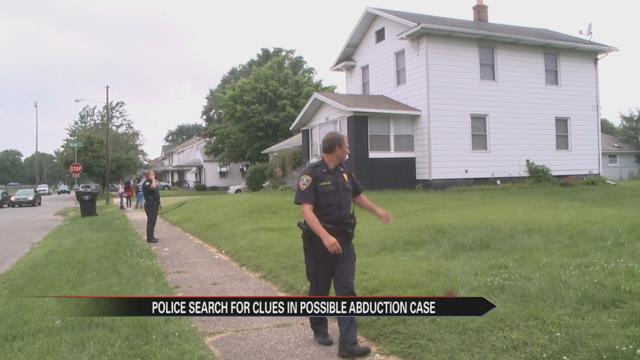 South Bend Police are unsure if a possible child abduction was actually what witness think it was.

Thursday afternoon, authorities were called to a South Bend neighborhood where children were reporting witnessing a possible kidnapping.

However, no children matching the description have been reported missing in the area.

“At this time we don’t have anybody reported missing,” said South Bend Police Captain Robert Hammer.

The only witnesses were children who presented conflicting reports.

The group of children told police they witnessed a seven or eight-year-old girl being lead away  down an alley against her will.

Police say there’s no strong evidence to support this.

Almost all reports say the girl was lead away by a black man with white or gray facial hair.

Witnesses say the girl had brown and blonde hair, wearing a pink shirt and sparkly shoes.

“There was a lot of people who came out and asked questions and tried to help,” Hammer said.

Some neighbors say the girl attended a free lunch program at Kennedy Park.

Employees of the program say they saw her there Thursday, but not Friday.

“We want to make sure if there’s somebody out there and they’re lost we want to get them back with their family,” Hammer said.

Police checked surveillance at this convenience store down the block of the reported incident. They got help from St. Joseph County and even FBI officers.

Police also say they looked up anyone they thought could be this mysterious little girl.

“If there was anyone out there that we could identify, we made contact with them,” Hammer said.

With nothing new to go on, police say they’re keeping their eyes open, and doubting more and more that this was even an abduction.