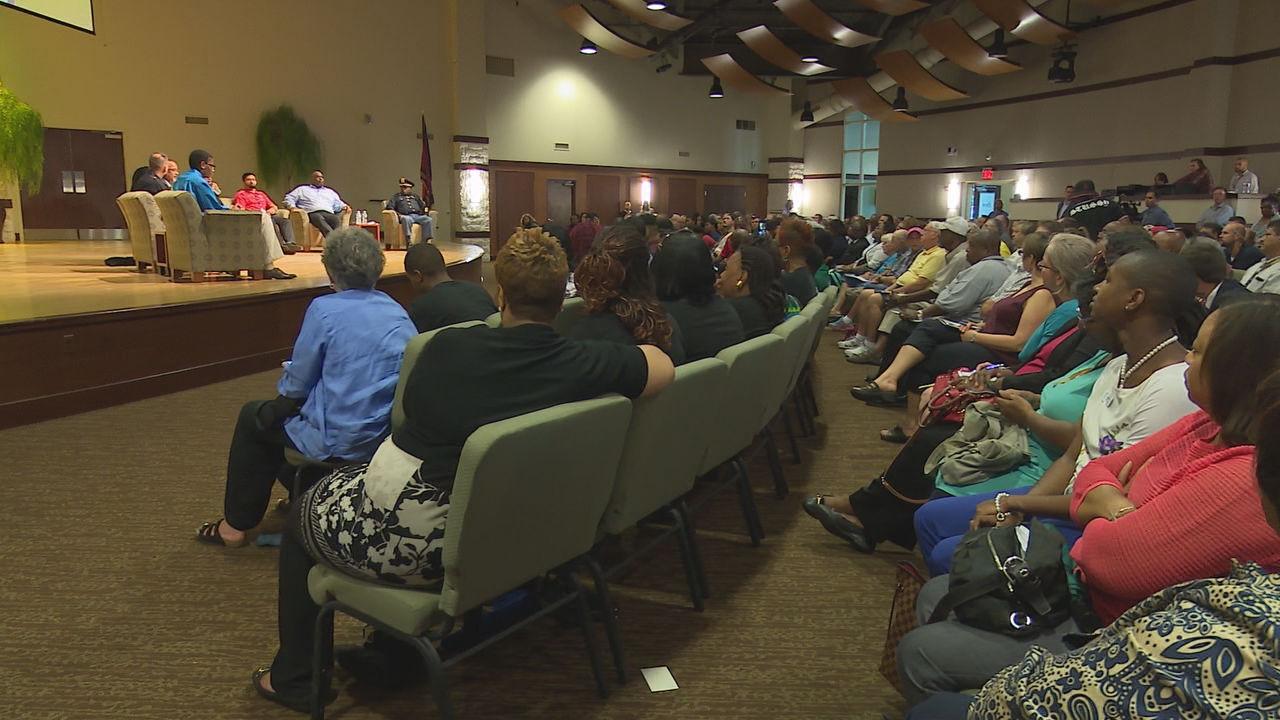 Tough talks on cops and the community were had Thursday at South Bend’s Kroc Center.

The panel made up of neighborhood activists, leaders and members of the police department, explored the strained relationship between the community and law enforcement.

“I don’t even think this is a white and black issue, this is a right and wrong issue,” said panelist Taloni Reese.

Topics of race relations and support for officers were addressed during the forum.

“You take this uniform off this gentleman, he’s just like you. Put him in the crowd you wouldn’t be able to tell the difference,” said panelist Savino Rivera Jr.

Those community voices were mixed in with conversations from local cops.

It’s a dialog happening between two communities that many say was well overdue.

“We can’t keep sweeping this problem underneath the rug trying to save face without putting it on attention so the community can start the healing process,” said resident Blu Casey.

To quite a few residents, a big part of this conversation was bringing up the Franklin Family’s longstanding problem with the police department.

The mayor announced last week he would hold this event after that family spoke publicly about their mistreatment by officers.

The family was awarded only $18 after a court found their civil rights were violated by South Bend officers.

Thursday, demonstrators called for accountability in the department several times during the event, even calling for the termination of Officer Aaron Knepper, the cop at the center of the Franklin family’s dispute.

“If it’s not all the police, why don’t you narrow down the one’s doing this and get rid of them,” said resident Nnenia Okerke.

The chief of police stated his intent to create a better and transparent department.

“Trusting each other will keep us safe, and that trust has to be earned,” said Mayor Pete Buttigieg. “Part of that is having these kinds of conversations.”