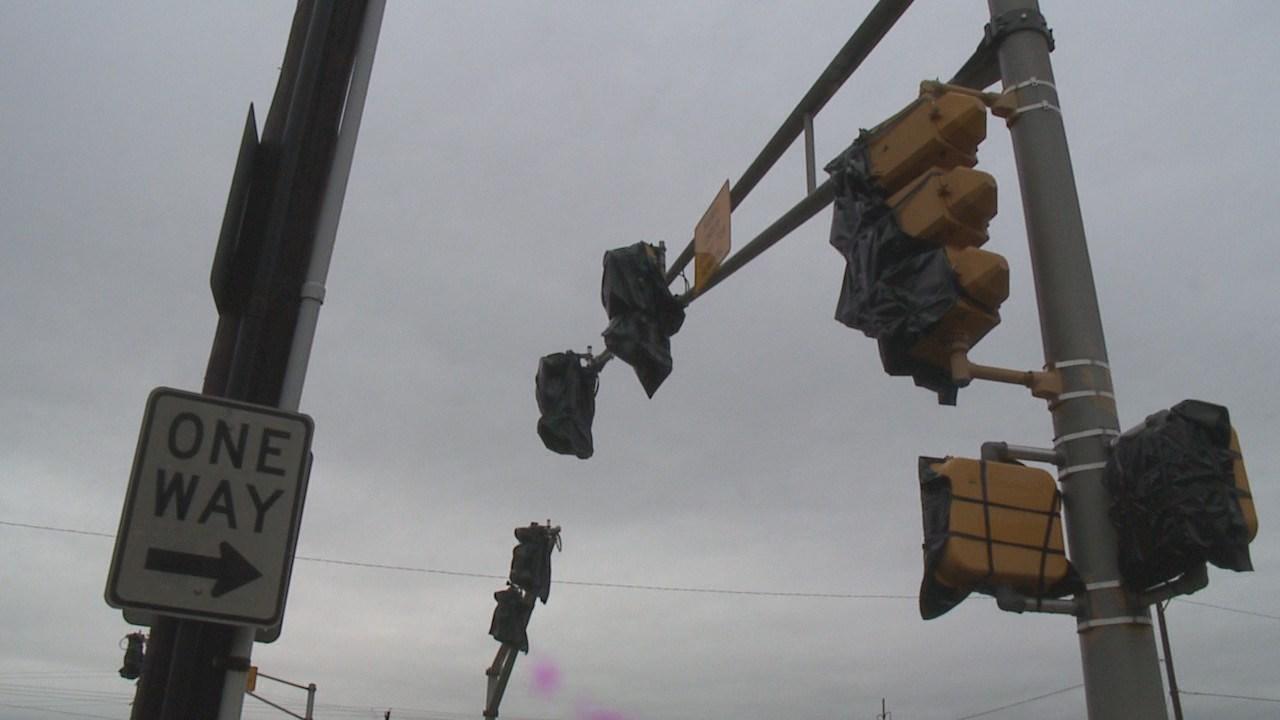 The city is testing some changes along Michigan Street ahead of scheduled construction, but some say those changes might be dangerous.

“They should think about all the students that have to get across the street n the morning,” said driver Kayla Tayor.

Trying to get to the other side of Michigan and Calvert streets without traffic signals has been a pain for many pedestrians Tuesday.

“They just zoomed right pass us as we were walking,” said pedestrian Izaac Gutierrez. “We actually had to stop in the middle lane forcing a few other cars to stop and just have them go by.”

Crossing the street is like playing in traffic for Gutierrez.

He and others say their normal walk to and from school is now an accident waiting to happen.

“My immediate thought when saw it was it was going to be really hard for these kids to get across the street,” said Taylor.

Drivers say they were blindsided by the covered traffic signals along Michigan street.

“When people were just blowing by it I was sitting here thinking ‘look at these stupid people who can’t realize the lights out and they need to stop and treat it like a four way stop,’” said Taylor.

The city however says the change will reflect the new needs of the area once Michigan is converted to a two-way street.

“We looked at the traffic counts and so we determined that it did not meet the needs for having a signal,” said city engineer Corbitt Kerr.

“One of the ways we can maintain a similar travel time is to remove a couple of the signals and when we do the two way conversion, it’s going to go from in some cases four or five lanes to three lanes,” said Kerr.

And while some are unhappy with this change, the city says it’s only temporary for research.

“This is one of those things where you do it, you check for if this is acceptable, this is not going to have any major issues here and at the end of the 90 days if we find there are no major issues they will be removed,” said Kerr.

The city is considering removing traffic signals from five intersections.

Construction is expected to start in March.