South Bend to hold discussion on community and police relations 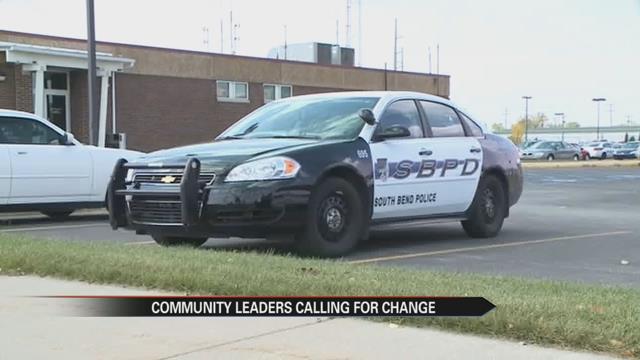 The city of South Bend is looking to tackle trust issues between officers and the community.

Mayor Pete Buttigieg announced Thursday he will be holding a town hall next week to address community relations with the police force.

But community leaders would like to see more done.

“Community policing, even speaking with the chief, I know he believes that’s important, and it’s not the silver bullet, it’s not the be all end all, but it’s an important component of building strong relations between the police department and the community that it serves,” said Darryl Heller, director of the Civil Rights Heritage Center.

Police accountability is what community and faith leaders are calling for.

One family at the center of a police feud is also looking for transparency in the city’s ranks.

The Franklin family spoke out Thursday against the violation of their civil rights by an officer in 2012.

“That level of trust becomes increasingly eroded the more cases like this surface,” said Heller.

Following these cases, South Bend’s mayor announced a public forum will be held at the Kroc Center to strengthen understanding between the community and police.

“You know I want to applaud Mayor Buttigieg for taking the initiative and actually opening up a public conversation, a public dialog on this,” said Heller.

But many believe conversation won’t be enough.

“The city of South Bend and particularly the police department should consider a citizens review board,” said Heller.