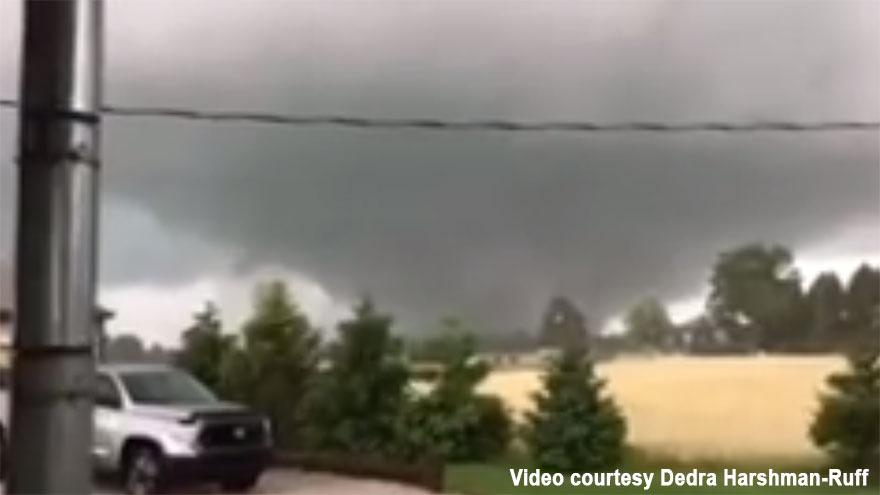 If it seems like we've seen more severe weather than normal this year, you are right. Thru June 26th, the year has featured more severe thunderstorm and tornado warnings than average across Northern Indiana, Southern Michigan and Northwest Oho. 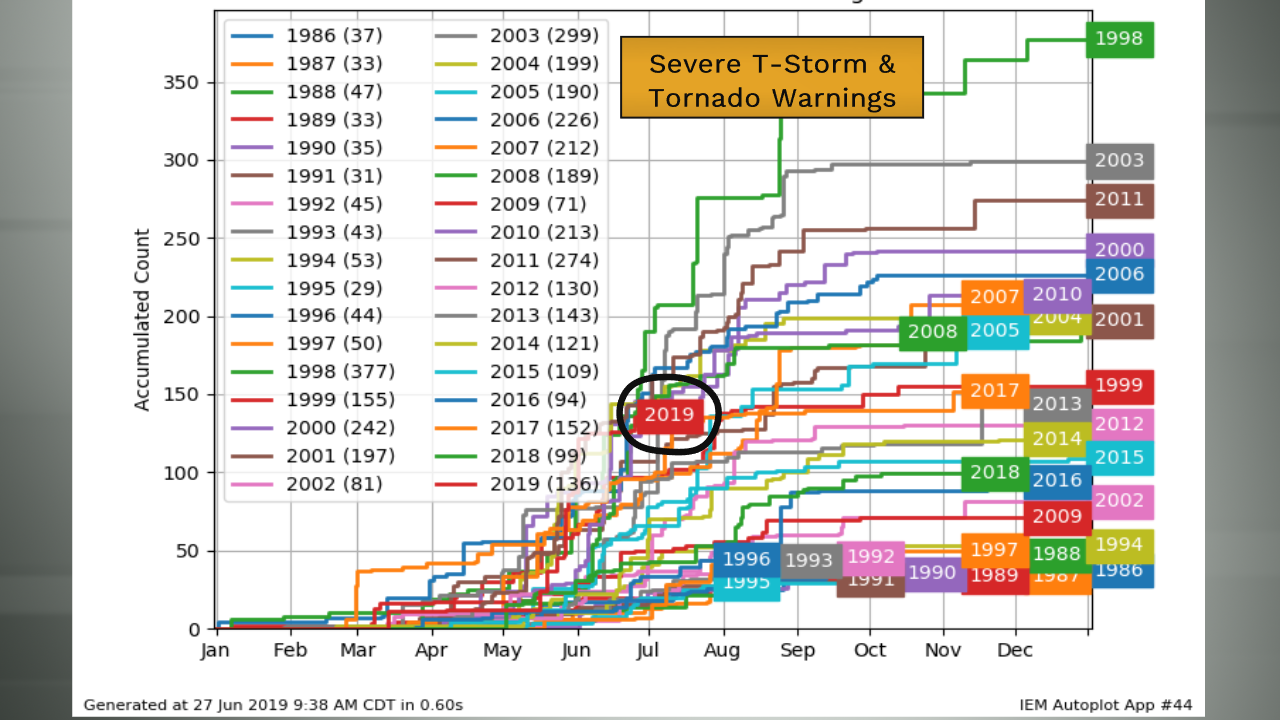 Thru June 26th, the office issued a total of 117 severe thunderstorm warnings and 19 tornado warnings. That makes a grand total of 136 severe weather warnings for 2019 as of June 26th. 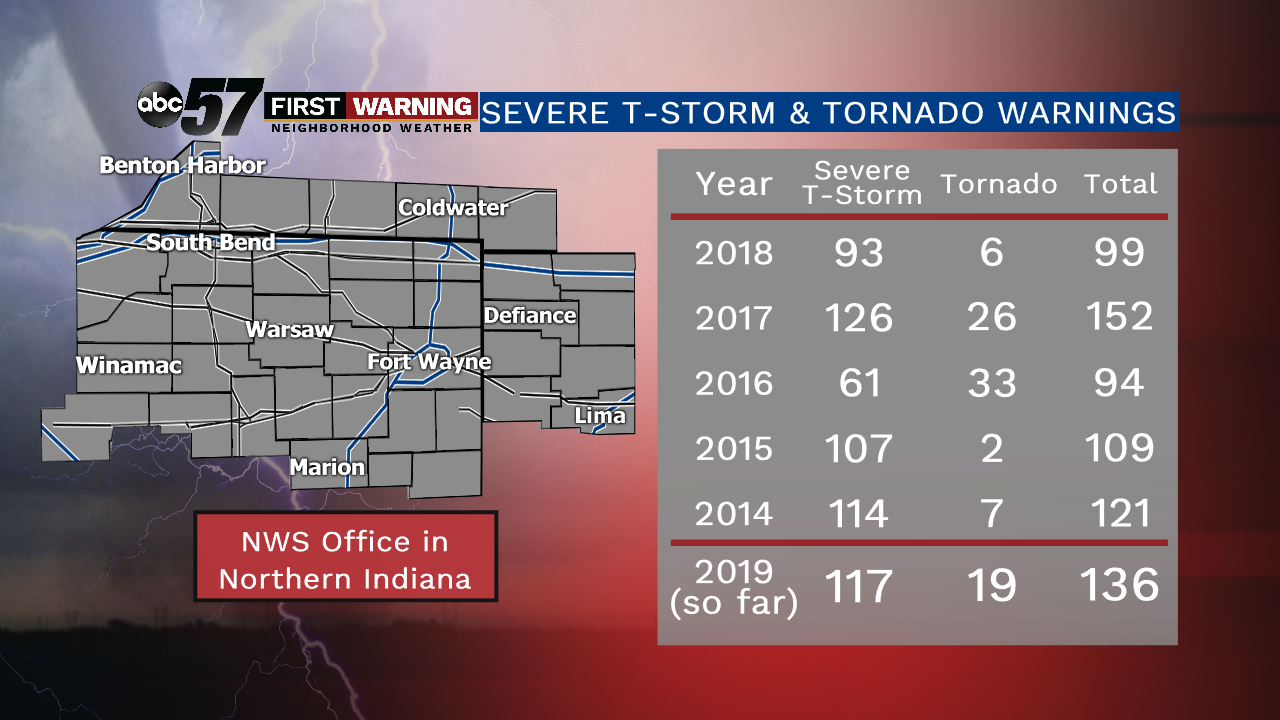 Severe weather warnings issued by the National Weather Service for Northern Indiana, Southwest Michigan and Northwest Ohio over the last 6 years. Iowa Environmental Mesonet
For perspective, the average number of severe thunderstorm and tornado warnings issued for this area thru June 26th is 92. That puts this region well ahead of schedule. The last year with more severe weather warnings thru June 26th for this area was 2011. 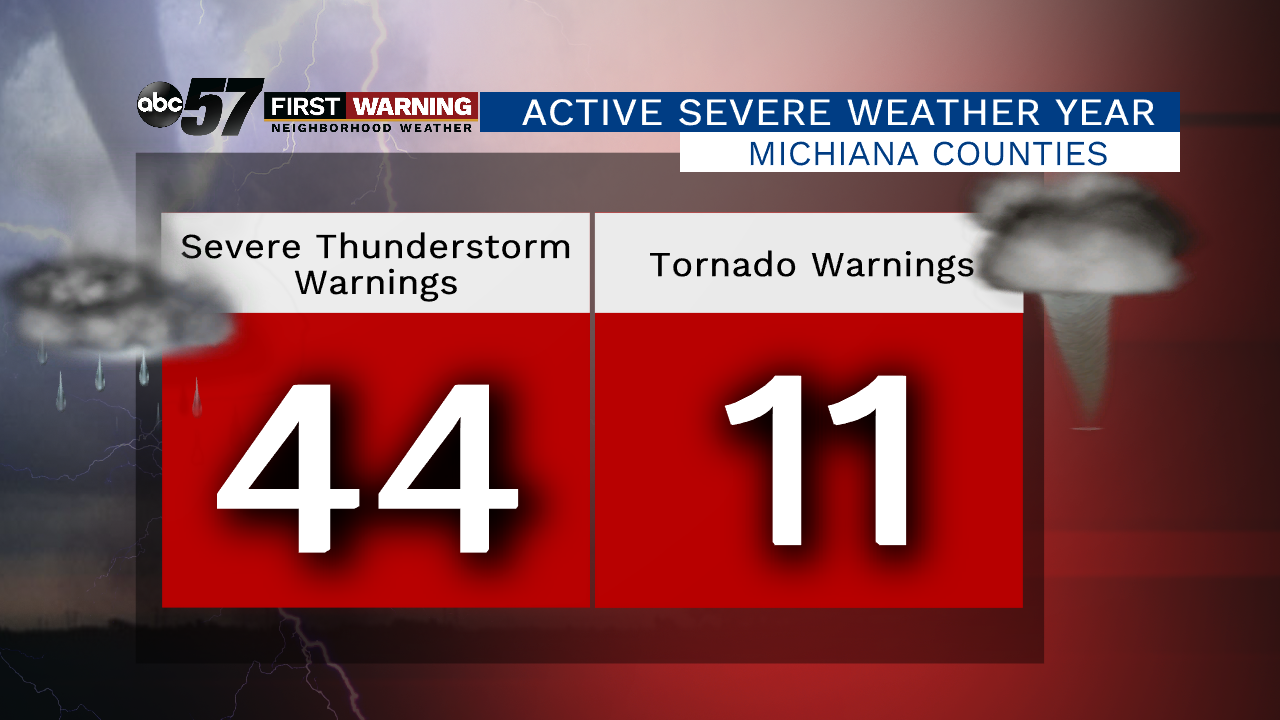 Severe weather warnings for just Michiana counties. Iowa Environmental Mesonet
All of those stats are for the entire National Weather Service of Northern Indiana's forecast zone. While that does include Michiana in its entirety, let's dive deeper into our local counties.

Between Berrien, Cass, Elkhart, Fulton, Kosciusko, LaGrange, La Porte, Marshall, Pulaski, Starke, St. Joseph (MI), and St. Joseph (IN), there have been 44 severe thunderstorm warnings issued as of June 26th. An additional 11 tornado warnings were issued. Both of those numbers are above normal for Michiana. 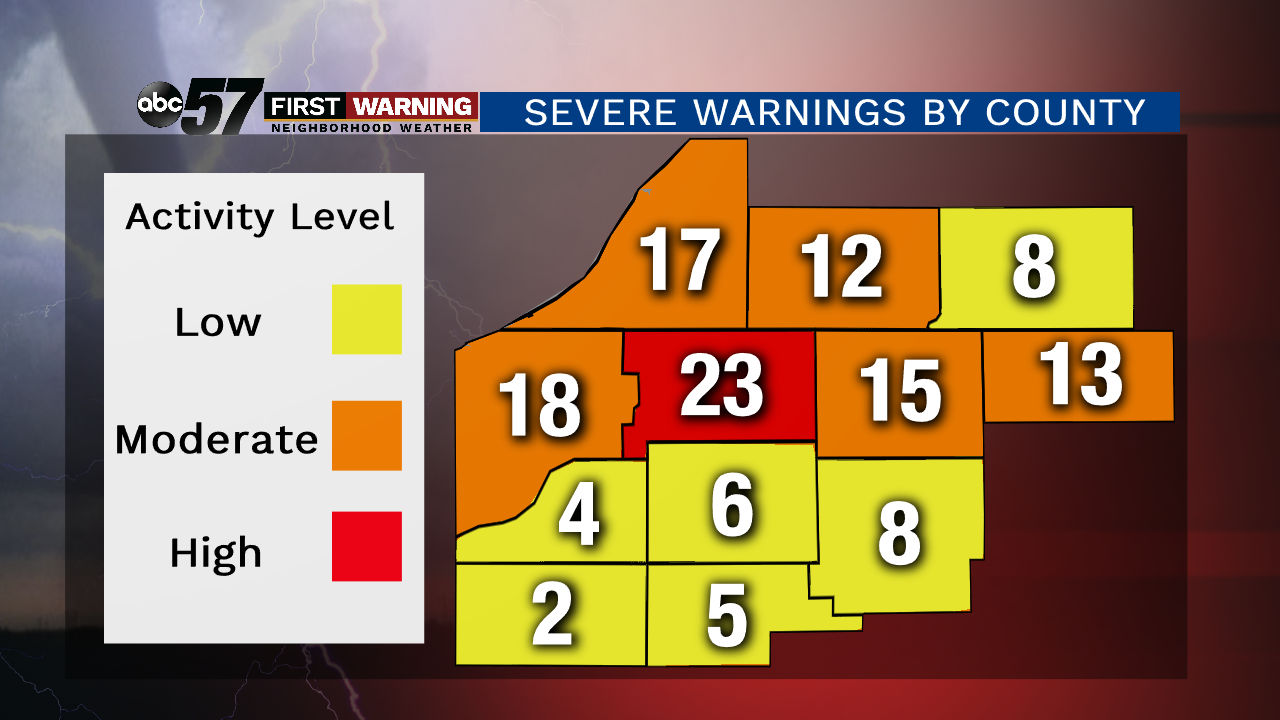 Severe thunderstorm and tornado warnings thru June 26th, 2019, by county. Iowa Environmental Mesonet
Breaking things down by county really reveals the story of 2019 so far. It has been moderately to very active in the severe weather department for locations roughly along the Indiana Toll Road. St. Joseph County (IN) is in a class of its own, but La Porte, Berrien, Elkhart, LaGrange, and Cass are also seeing unusually active severe weather years.

It's not just warnings being issued. Severe weather, including tornadoes, is actually happening as well. "We've had 9 tornadoes across our entire forecast area [in 2019]. Two of them were in St. Joseph [County]. Normally in St. Joseph [County], we only see a tornado every two years or so, so it's pretty rare," says Megan Dodson, a meteorologist with the NWS in Northern Indiana

And one of the two South Bend tornadoes from June 23rd was rated an EF-2 with winds upwards of 115-125 mph. That would tie it for the 6th-strongest tornado to strike St. Joseph County in recorded history!

When asked about whether or not the highly active pattern we've seen since the beginning of May will stick around, Dodson had this to say:

"We see our more active severe weather pattern in the spring, so May and June, and then we kind of die down into July and August. But then we typically see a little peak in the fall just because we get stronger systems that come through. 'So beginning in July, tornado potential really falls off?' Yeah, it does fall off. It's not zero, but it does fall off significantly."