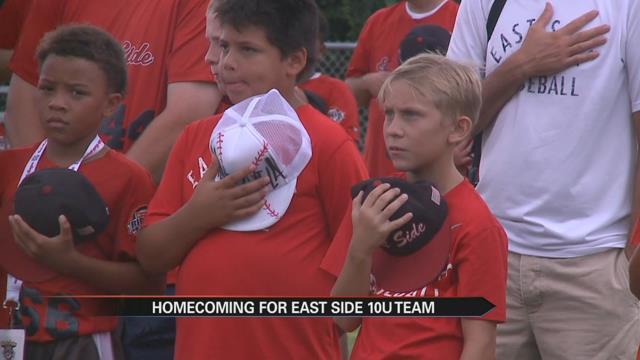 10-year-old Tommy Eck wants to be a baseball player when he grows up. It was a big step for him to play with the East Side 10U baseball team in the Babe Ruth League's Cal Ripken World Series in Florida.

The team placed 6th out of the 10 teams that participated.

The South Bend community welcomed these players home on Sunday with an event that celebrated them, as well as the other all-star teams in the program.

Vice President Marcus LaSane says he doesn't think the team understands the magnitude of their accomplishments.

"I think they'll figure it out once they get a chance to sit back. And 20 years from now, they'll realize that they just came back from Palm Beach Gardens, Florida and played in the World Series," says LaSane.

The team plans on taking a much needed break, before heading back to the grind in November.