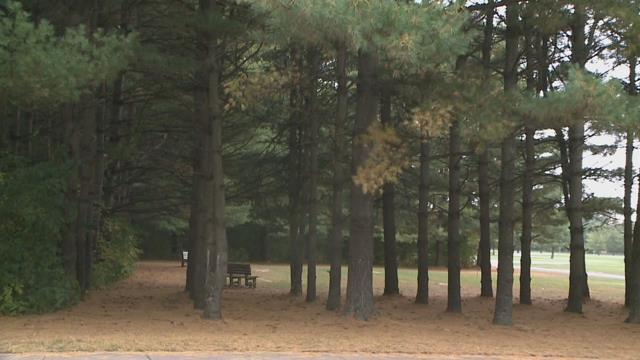 A South Bend woman is recovering from head injuries she sustained while allegedly trying to steal rocks from St. Patrick’s Park.

However, the woman says she didn’t know she was stealing.

Sunday, St. Joseph County Police were called in for medical backup at the park for the 71-year-old woman.

Police say the woman was collecting rocks from a drainage culvert, so she could decorate her apartment, when she slipped and cut her head.

“She lost her footing wound up falling, got a fairly serious cut on her head and needed medical attention,” said Assistant Chief Bill Thompson from the St. Joseph County Police.

“It is illegal to move anything from a county park premises unless you have express written permission from a parks director,” said Parks Director Evie Kirkwood.

This rule ranges from everything from rocks to mushrooms.

“We have had people attempt to dig up plants, dig up trees, and harvest mushrooms off the trail which is also against county ordinance,” Kirkwood said.

Breaking these rules can harm the ecosystem and park visitors.

“We don’t want folks to think they can take county property like that for one and for another it put her in a dangerous position which she ultimately wound up getting injured because of,” Thompson said.

If there is ever confusion about park rules, Kirkwood says the answers are just a click or call away.

“It can be as simple as checking a park website or making a quick phone call to the park offices to see what is allowable,” Kirkwood said.

The park department and police aren’t pressing charges against the South Bend woman, and say they wish her a speedy recovery.