South Bend's historic The State Theater up for sale again 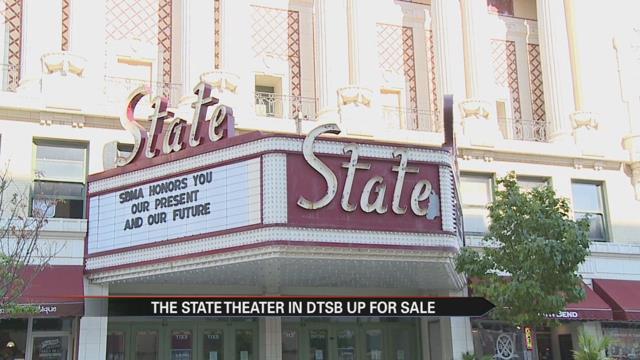 The State Theater is up for sale yet again.

The property is listed by the Bradley Company for $1.49 million.

The building was a movie theater from the 30’s to the late 70’s, then a nightclub until it was foreclosed in 2005.

Marvin Ingram has lived in South Bend almost his entire life and has seen owners of The State come and go.

“My family came to South Bend in 1946. I really enjoyed the place,” said Ingram.

When Ingram and his family first moved to town, The State was the go-to venue.

“I’ve been to The State Theater many times.They used to have the kiddy shows there back in the 50’s. You could get popcorn 10-cents a box and a candy bar for 5-cents. Those were the good old days,” said Ingram.

Marvin’s favorite actor was John Wayne, he says he always loved seeing him on the big screen at The State.

“They had many good pictures there, especially a lot of good cowboy pictures,” said Ingram.

But just like the movies, the times have changed. The State Theater isn’t the hot spot it once was.

This is something Ingram is reminded of everyday when he steps outside his front door and looks just across the street.

“It’s kind of sad that a place that was that good in the old days is waiting for maybe to be torn down,” said Ingram.

Ingram’s neighbors also look back fondly at their childhoods spent at the theater.

“It was amazing. When I was a child I went in there with my brother and get popcorn. Kids would be there and everyone would be gathering around to watch Herbie the Lovebug,” said Margaret Browne.

Now that The State is up for sale again, residents are hopeful that it will finally be restored to what it once was.

“You could do much more with it. I’d like to see it come back,” said Browne.

“It would be nice, if they could have something like that in the theater. I wouldn’t mind going to it again if they turned it into another theater,” said Ingram.