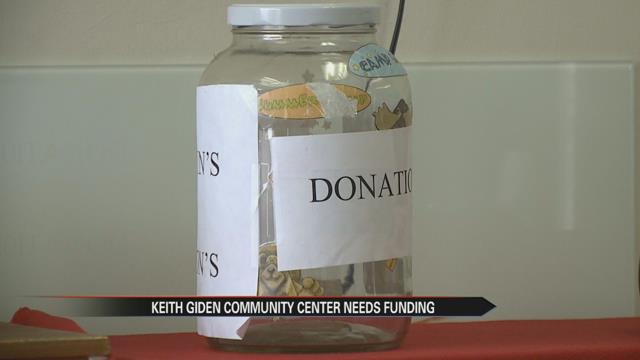 An outreach center on South Bend’s West Side is now dealing with some unforeseen issues. The Keith Giden Community  Center has only been around for three years and now funding is becoming a concern.

Donna McHenney, the director of the Life Pantry, lost her friend in 2013 and the last thing she wants now is to lose the community center named in Keith Giden’s honor.

“My fear is if we shut down the center and I don’t want to see that happen,” said McHenney,

Keith Giden lost his battle to cancer and now McHenney is fighting to save his legacy. This community center depends on private donations and grants in order to continue its mission of assisting people in need but donations are drying up.

“We just need funds coming in at this point. Anything helps. Anything will make a difference in someone’s life,” said McHenney.

This center offers weekend brunch, computer services and clothing for any one who needs it  free of charge.

“I started it up, to keep the lights on and keep the doors open,” added McHenney, but less than one percent of the goal has been donated.

Volunteers at Giden Outreach say it must stay in this neighborhood.

“This place has reached out and touched the city. There’s a lot of low income people on this side of town and they very much need the help,” said Marcia a volunteer at the center.

And McHenney says that’s why she’s trying anything she can to stay open to families, especially since she’s seen an uptick in people coming in.

For the next couple months the center will be fine, but there isn’t a huge savings to dip into.